The Monkey Buddha watches all things in the monkey realm.

BoingBoing.com posted a link to these interesting paintings of stuffed monkey dolls by Peter Jones.
My brother used to collect monkey dolls when he was little.
I'm pretty sure he had this one... 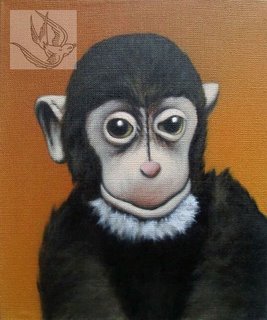 Jon Stewart effectively exposes the hypocrisy of the walking contradiction himself, President War Monkey. This is why I watch the Daily Show every night. It makes me feel like there's actually other sane, rational people in the world. 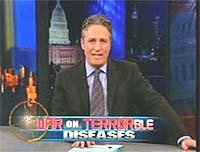 Sometimes words just don't explain how I feel
when confronted with the horrors in this world. 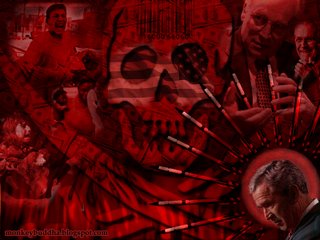 click to enlarge
Posted by paul_mic at 8:28 PM No comments:

This violence between Israel & Lebanon is such a nightmare. I simply can't imagine how the people living in both countries can cope with the destruction going on.

Even though Israel can seemingly kidnap and imprison anyone at will, the capture of 3 Israeli soliders at the Lebanon border is apparently enough justification to annhililate entire cities and suburbs of innocent people and civilian infrastructure. The outright lie that only Hezbollah positions are being bombed in Lebanon is an insult to the intelligence of anyone with eyes to see the photos and video of the ruined city. Hezbollah seems to have wanted to intitiate a prisoner swap for Palestinians in Israeli prisons, but, hey, why have tons of munitions subsidized by the American-taxpayer if you can't drop it on the heads of civilians and their homes?

If our leaders in the U.S. Gov't weren't such idiotic, malevolent bastards, they would sit down with all significant parties, including Iran & Syria, for an emergency summit and work to reign in both Israel and Hezbollah by threatening to cut off their respective funds. Of course, that would imply that the United States can control Israel, and not the other way around.

The really terrifying part, though, is the reaction of the U.S. Government and American mass-media.

• President War Monkey gets caught at the G8 Summit cursing about how this is somehow all Syria's fault with a mouthful of food, like the ignorant scumbag he is. Not to mention getting verbally slapped down by Russian President Vladimir Putin, groping the Chancellor of Germany, and caring more about a pig roast than a war that is costing significant human life. There is no way an American President can fuck up more times in the span of a few days unless he starts pissing on people's faces and eating live babies on TV.

• Our Ambassador to the U.N., the walrus-faced asshole John "Neocon" Bolton claims diplomatically that there "is no moral equivalent" between the Israelis who are being attacked and the Lebanese civilians being bombed. A dead civilian is a dead civilian, you obnoxious jackass.
(It is being claimed that Hezbollah is embedded in the Lebanese society, so civilian targets are justifed... but then, technically, the entire civilian population of Israel is a legitimate military target, since Israeli conscription is mandatory for all citizens! Anyway you slice it, though, it's all unnecessary murder.)

• The usual neo-conservative vampires are allowed on TV claiming that we must force regime change in Iran... even as Iraq and Afghanistan are still drowning in flames and blood. The question is... with what army?!? Oh, that's right, they want to use nukes and wipe out thousands more innocent lives. These lunatics should be run out of the country - they are doing everything they can to compromise our military and foreign policy.

• The Bush Administration irresponsibly gives the *wink, wink, nudge, nudge* for Israel to have free reign for a week to reduce civilian areas of Lebanon to ruins and hundreds of innocent people to corpses, while on another front, Gaza is being rolled over yet again for the crime of being the home to poor brown people on land that Israel covets. Hey, what's a little bit of war crimes and state terrorism on the way to grabbing as much useless desert sand as possible, right?

The ironic, and saddest, thing is that Israel is doing nothing but destroying it's own security and chances for peace by bombing a democratic nation and it's vibrant capital to rubble as the world watches. The more poverty-stricken Arab and Muslim people that Israel's hateful vengeance creates, the more Hezbollah, Hamas, and Al-Qaeda members will rise up to fight what they see as the injustice of a bloodthirsty apartheid state. If Israel were a true multi-cultural democracy in which the native Arab population was not a second-class race to be eradicated, there would not be so much hostility from the region and the rest of the world. It is a nation that was created on the principles of exclusion and division, and so it goes...
Posted by paul_mic at 5:56 PM 2 comments:

I found a site thanks to BoingBoing.com that gave me numerous flashbacks into my childhood.

It's an amazing set of TV commercials from the 1980's. There are gems such as ads for Thundercats & He-Man, but my favorite is the commercial for Star Wars action figures. 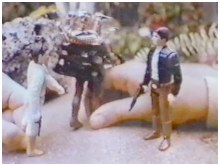 I really enjoyed the one for He-Man's Castle Grayskull, too. It's crazy that I actually remember these commercials... 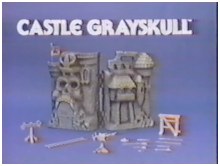