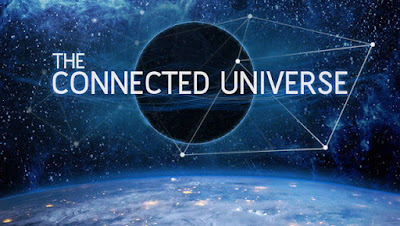 This past weekend my wife and I were relaxing at home, and she took a break from her continual viewing of old episodes of The Sopranos since I felt like watching a video.

When it comes to philosophy, spirituality, & science, we both have similar views. Even where we don't agree, we have really in-depth discussions. I felt like watching something thought-provoking, so I put on "The Connected Universe".

I have posted here previously about the theories of Nassim Haramein, who has attempted to formulate scientific theories that connect the micro (quantum) and macro scales, and describing the nature of the energetic unified field that is the fundamental base of reality.

This movie was very interesting, and featured the general ideas behind his scientific theories. However, I found it to be more of an inspirational project, especially compared to his more informative lecture that completely blew my mind open, "Sacred Geometry And Unified Fields".

By looking past existing paradigms and incorporating the patterns of sacred geometry into the logic behind his theories, Nassim has opened an avenue of study that can lead humanity into leaps of evolution in both technology and the human condition.

If I had to sum up his theories, it would be that all of space-time is filled with "vacuum" energy at the most fundamental scale. Information is interconnected at all points throughout this field, in an infinite array of Plank-scale feedback loops.

These cycles of increasing complexity lead to self-organizing principles and emergent features that we experience as - matter & energy > life > consciousness - in a unified (yet endlessly varied) dance of creation and destruction. 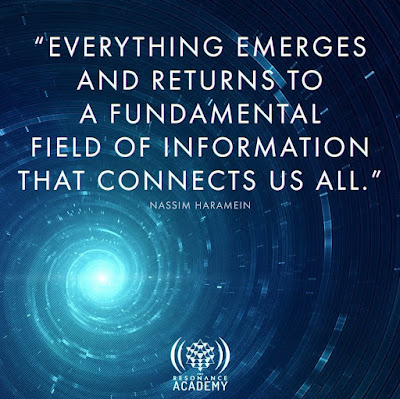