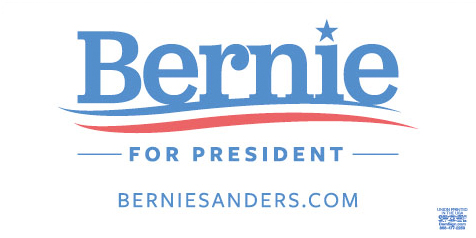 Growing up, I never had a interest in politics or current events. I always had a pretty good idea what was going on in the country and the world, but never really cared about who was President or what Congress was doing.

That changed completely after George W. Bush was selected by the Supreme Court in 2000, and we subsequently entered an 8-year neoconservative nightmare. After the tragic events of September 11, 2001, my 23-year old self sat up and started to pay attention, like so many other people. This blog served as an outlet for my frustrations and disbelief at the insanity being perpetrated at the time.

Along with the rest of the world, I watched with horror as Dubya and his puppet-master Dick Cheney launched (unfunded) trillion-dollar wars of invasion & occupation in the Middle East. It was perfectly clear to anyone with even a bit of insight that these wars were meant to exploit the region's resources, gain imperial footholds, and enrich defense contractors & investors. Waging war & fighting terrorism are often a means of making more money for wealthy, unscrupulous people.

The occupations of Iraq & Afghanistan were giant historical blemishes on America's foreign policy, but there were countless other problems created in those years- resulting from the incompetence of the Bush administration and short-sightedness of conservative policy, in general.

When Barack Obama was elected in 2008, a giant sigh of relief swept over much of the world. Although Obama's terms have been, in many ways, a vast improvement over Bush's, it has become clear that he is not the progressive savior people thought he would be. In fact, the U.S. government under the leadership of President Obama has continued or expanded some of the worst abuses of the Bush administration. Unfortunately, it seems like there is only so much a President can do to change the mind-numbing bureaucracy of the government, the power of the military industrial complex, or the intransigence of an opposition Congress.

So, what should the citizens of the United States do?...

Should we throw our hands up and refuse to vote or participate in our democracy, claiming the system is hopelessly rigged for the benefit of monied interests? The answer is, "No!"

Politics, as vile as it can be, affects everyone in our society. It is much too important to leave to the devices of those who would seek to control or disenfranchise us. There is strength in numbers. Only by overwhelming consensus and cooperation can we, the people, overcome the imbalance in political power wielded by the top 1% in control of the wealth of this country.

As this election season started to add potential Presidential candidates for 2016, it looked like we might be doomed to an un-inspired choice of Hillary Clinton or Jeb Bush- either way, a continuation of a political dynasty backed by Wall Street and big money.

Then, out of the blue, came Bernie Sanders from Vermont- the only Independent U.S. Senator. I've viewed a lot of cable news & have followed politics closely throughout my adult life. Having watched him over the past decade, Sen. Sanders has been a consistent voice of common sense policies and responsible government that functions for the benefit of the majority of working-class citizens. After hearing the incessant bullshit spewing from the other national politicians and TV talking heads, it was always refreshing to hear Bernie Sanders speak to the issues in a way that any reasonable person would understand and agree with. 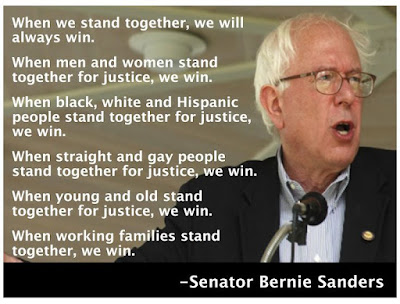 Today, Bernie Sanders announced his candidacy for President of the United States, much to the delight of myself and many other people looking for fundamental reform in the way this country operates.

If you want to know what he is about, watch the many videos of his interviews online, or find out about his policy positions & what legislation he has backed.


Bernie Sanders On The Issues

One thing is certain, he is a more authentic champion for the average American than Hillary Clinton, or any of the corporate puppets that the Republican party can shove into the spotlight.

The media will try to marginalize him at first- by depicting him as a "fringe" candidate, the political equivalent of a crazy uncle, or *GASP!* a Socialist.

As support for his campaign continues to grow, he will become a force to be reckoned with. If enough people hear his message he will have a real shot at becoming the President and bringing some much-needed real progressive policy to the White House.

So, on the day of his campaign announcement, I'm enthusiastically supporting Bernie Sanders and what he stands for. I'll be spreading the word about this man- who has the proven integrity, honesty, and solutions we need to address the complex and seemingly insurmountable problems this country faces.

Here is the full video of Sen. Sanders' speech announcing his candidacy, in which he details his ideas for changing the American political landscape for the better: