I've been taking a lot of nature photos, mostly of animals & plants. I thought it was time to add some pics of strange fungi to my album: 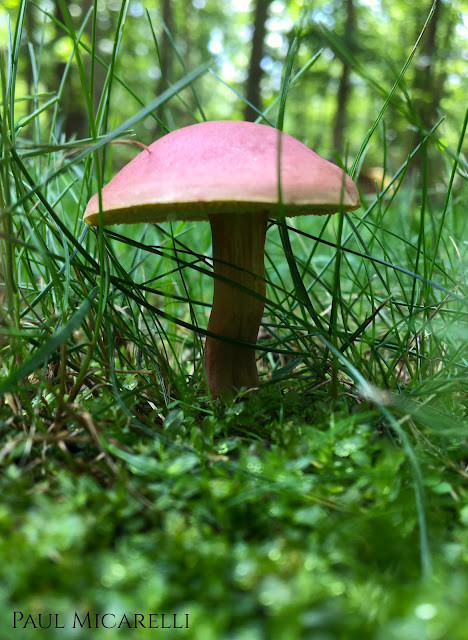 I got down on the lawn to get an elf's eye view of this mushroom in the grass. 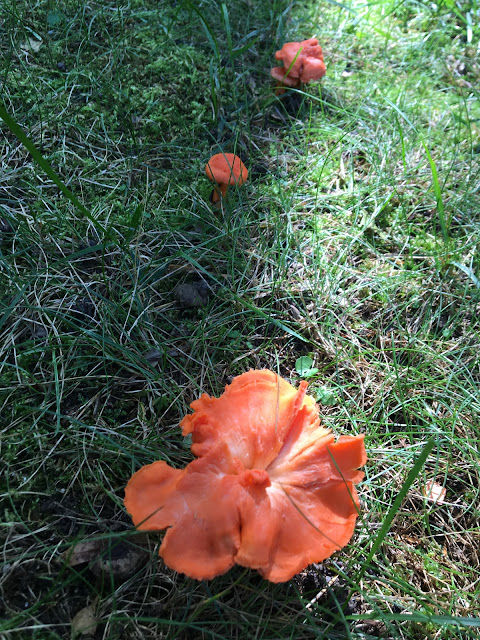 This fungus that looked like orange flowers was growing in a linear cluster. 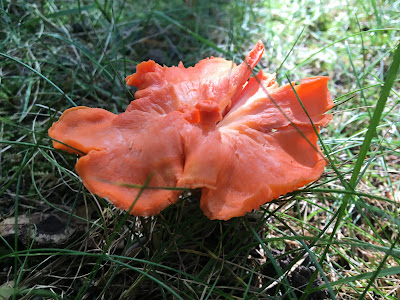 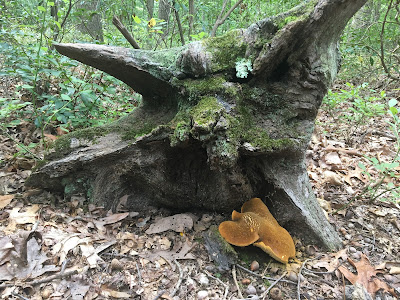 This large fungus looked like a folded up pancake. 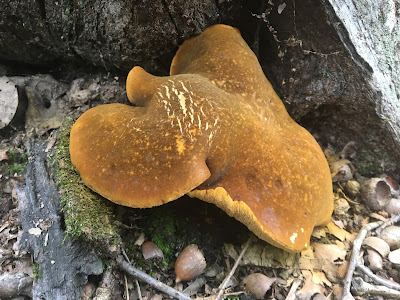 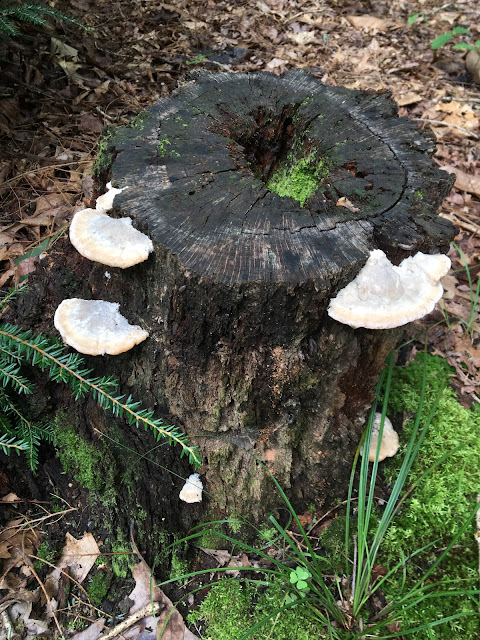 There were several protrusions of fungi growing from this rotting stump after a rainstorm. 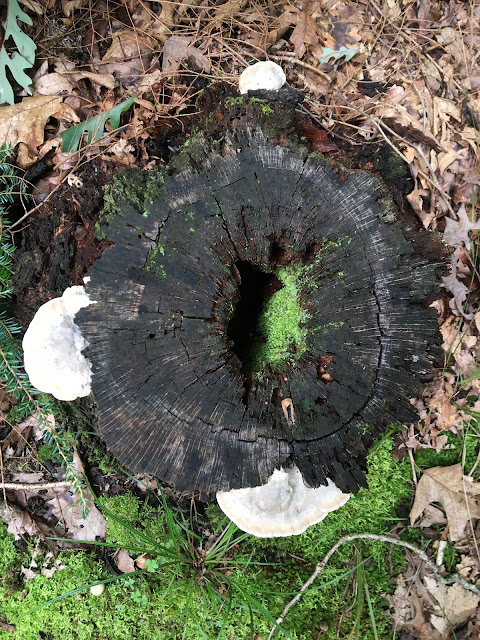 When I opened this photo up, I realized there was also a small slug right above the fungus: 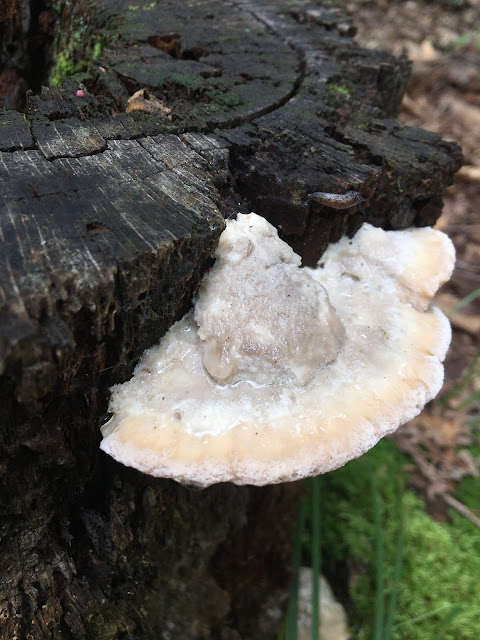