May 4th has become Star Wars Day ("May the Fourth be with you!"), an unofficial day to celebrate all things from that galaxy far, far away.

Star Wars came out the year before I was born, & it's one of my main cultural influences since I was a little kid. As I've gotten older, the movies & story have inspired me on all levels; philosophically, politically, spiritually & creatively It is one of those works of genius that will continue to be relevant, hundreds of years after its creation.

I figured this is a good time to post a bunch of cool Star Wars stuff I've come across...

Despite my appreciation of the sage, I've ranted before about the many problems with the movies. I maintain that one of the biggest, most unforgivable, mistakes is changing the end of Return of the Jedi by replacing Anakin Skywalker's ghost with a younger version. This makes no sense, and was a completely idiotic decision.

It could always be worse, though- 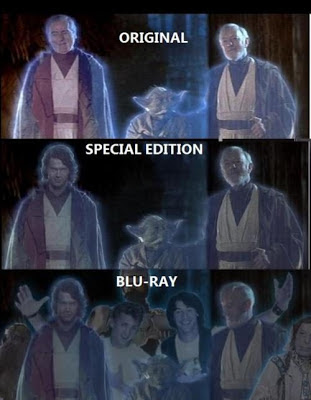 I've posted another variation before, but here's a highly-detailed map of the Star Wars galaxy: 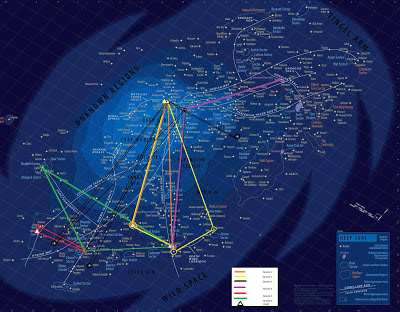 There was recently a Star Wars traveling exhibiton, called Star Wars Identities. This is a psychedelic trailer for the exhibit, that's like a moving Rorschach test:


The exhibition promos featured collage art of the various characters. I really like this one of Yoda, whose likeness emerges from his swamp environment on Dagobah: 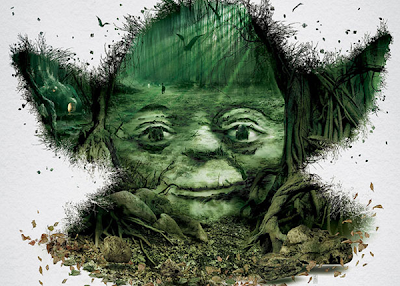 Now that Disney has acquired the rights to the Star Wars franchise, everyone is anticipating the new movies that are in the works. I'm pretty familiar with the "Extended Universe" & always thought it would be cool if there were movies made that took place after Episode 6. I didn't really think it would happen, though.

If the Marvel movies are any indication, I think Disney will be able to produce really cool movies. The fact that it seems like they are using the now-older cast of the original trilogy is a big step in the right direction. Hopefully they also take a few of the good ideas featured in Patton Oswalt's awesome & hysterical Star Wars rant.

One interesting angle for the new movies would be to use the idea of the Yuuzhan Vong an invasion of aliens from outside the galaxy. The interesting fan theory on this page speculates that maybe Emperor Palpatine was actually using his military buildup & construction of the Death Stars to prepare for such an invasion, that only he anticipated. The Rebellion's "success" actually allowed the hostile aliens to overtake the capital city of Coruscant & cause havoc throughout the galaxy.

I recently saw this superb piece of fan art by Adam Schickling, & it perfectly captures the feel of a new episode in the Star Wars saga: 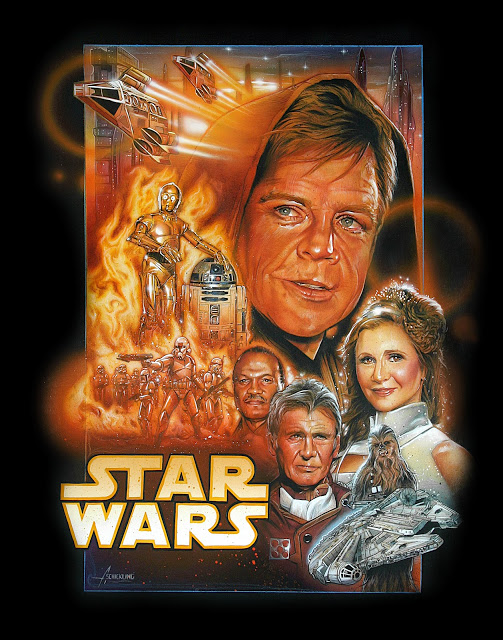 This is a documentary about the making of Episode IV: A New Hope, with alot of interesting behind-the-scenes facts & trivia:

Finally, here is Yoda's greatest advice on the path to wisdom: 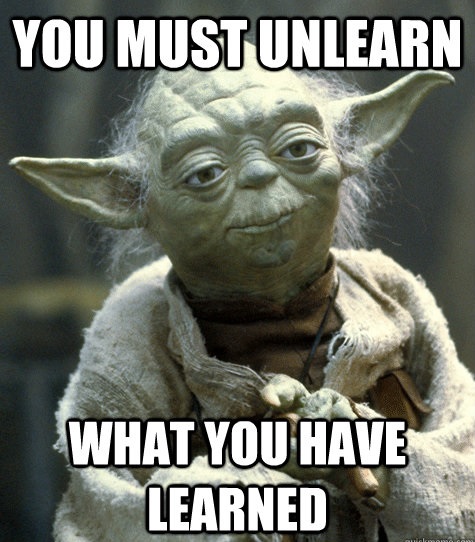