"Democratic societies are unfit
for the publication of the thunderous revelations
that I am in the habit of making."
- Salvador Dalí

I had the priviledge of seeing the Dalí exhibition at the Phila. Museum of Art with my sister & brother when the dates were extended in May '05. We couldn't believe the volume of work assembled, but I told my siblings that is the mark of a true master. Creation is a natural and constant aspect of a master's life. I was most amazed by the atomic mysticism of Dalí's later years, but my sister's mission consisted of simply finding the "Lobster Phone." I managed to snap a pic of this crazy piece of art using my camera phone without the attendants yelling at me (they were, however, yelling at my brother constantly to stop talking on his phone). 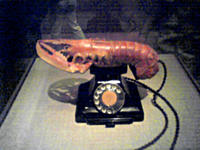 Another piece that was cool was a 3D hologram of Alice Cooper.
Craziness of Salvador Dalí meeting Alice Cooper 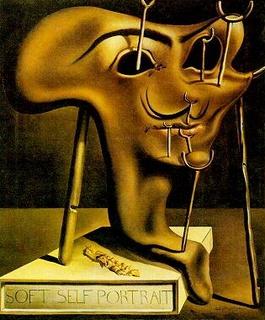 "Terrorism is the war of the poor and
War is the terrorism of the rich."
- Peter Ustinov

"Yeah, and if you get kicked out of that school...
you’re going straight in the army,
where you’ll be sent straight to America’s latest military quagmire.
Where will it be? North Korea? Iran?
Anything’s possible with Commander Cuckoo-Bananas in charge!"
- Homer Simpson

"If ye love wealth better than liberty,
the tranquility of servitude better than the animating contest of freedom,
go home from us in peace.
We ask not your counsels or arms.
Crouch down and lick the hands which feed you.
May your chains set lightly upon you,
and may posterity forget that ye were our countrymen."
- Samuel Adams, speech at the Philadelphia State House, August 1, 1776

"As democracy is perfected, the office represents,
more and more closely, the inner soul of the people...
On some great and glorious day the plain folks of the land
will reach their heart's desire at last, and the White House
will be adorned by a downright moron."
- H.L. Mencken

"Other than telling us how to live, think, marry, pray,
vote, invest, educate our children and, now, die,
I think the Republicans have done a fine job
of getting government out of our personal lives."
- Sunday Portland Oregonian

"Ironic isn't it Smithers?
This anonymous clan of slack-jawed troglodytes cost me the election,
and yet, if I were to have them killed, I would be the one to go to jail!
That's democracy for you..."
- Mr. Burns

"The ultimate rulers of our democracy are not
a President and senators and congressmen and government officials,
but the voters of this country."
- Franklin D. Roosevelt

"A society of sheep will, in time, create a government of wolves."

George Galloway is a British politician known for his outspoken, no-holds-barred rhetoric.
He justs kicks the crap out of Bush and Blair's idiotic lackeys.

He is also a major catalyst that allowed the Democrats & the Press to find their collective spine against the fascist Republicans in DC.
Galloway reamed out Senator Norm Coleman ("pro-war, neo-con hawk and the lickspittle of George W. Bush") at a Senate committee hearing concerning his supposed involvement in the UN Oil-for-Food "scandal".
Excerpts from the "hearing"

Galloway has more balls than almost all of the US Senate.

Here, he takes it to the Bush/Blair criminal cartel:
http://www.livejournal.com/users/mparent7777/686378.html
Goddamn... Simple, clear, and completely true.
Thank you, Mr. Galloway for showing America how to put up a political fight against the fear-mongering war profiteers that the GOP leadership has become.
Posted by paul_mic at 6:29 PM No comments:

* The Bush Administration was looking for evidence of an Iraqi nuclear program to justify going to war.
* Joe Wilson was sent to investigate such claims that he correctly and publicly proclaimed were false.
* Pissed off Bush Administration officials "outed" his wife & her front operation through media contacts.

- One of Dubya's pet names for pasty, smug Karl Rove is...
"Turd Blossom." Seriously!!!!--->(link)
- Karl Rove is the political equivalent of monkey crap.
(Boy, I hate to insult monkey crap like that.)
- The people running things are deranged sociopaths. 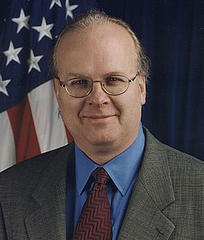 Mind you, this survey was taken in May 2004.
Things were quite nice for Dubya then compared to the heat he's feeling over the numerous scandals his administration is facing now. This is a survey of over 400 historians who (unlike people who still believe anything George W. Bush says) deal with objective analysis.
Historians vs. George W. Bush 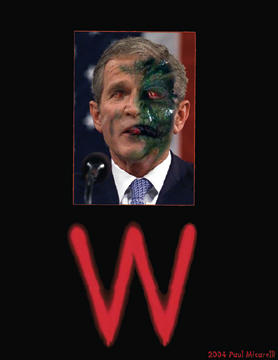 Confessions of an Economic Hitman

How the US Government builds an Empire on the backs of poor foreign nations, from an interview with John Perkins on Democracy Now!:

"Those companies would then go in and build an electrical system or ports or highways, and these would basically serve just a few of the very wealthiest families in those countries. The poor people in those countries would be stuck ultimately with this amazing debt that they couldn’t possibly repay. A country today like Ecuador owes over fifty percent of its national budget just to pay down its debt. And it really can’t do it. So, we literally have them over a barrel. So, when we want more oil, we go to Ecuador and say, “Look, you're not able to repay your debts, therefore give our oil companies your Amazon rain forest, which are filled with oil.”

"So we make this big loan, most of it comes back to the United States, the country is left with the debt plus lots of interest, and they basically become our servants, our slaves. It's an empire. There's no two ways about it. It’s a huge empire."

Confessions of an Economic Hit Man: How the U.S. Uses Globalization to Cheat Poor Countries Out of Trillions

This is the craziest thing I've ever seen. Mexican television stations caught hundreds of UFO's on video hovering in the sky.

The Power of the Dark Side

Wow, couldn't the Church elect someone who doesn't look like the most evil character in movie history?
I guess not... 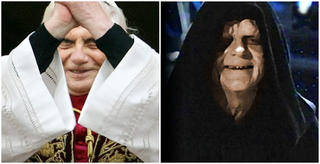 It's a Monkey Birthday!

I wanted to wish a Happy Birthday to the quasi-human who robbed America of any appearance of democracy, our puppet emperor George Dubya. Enjoy it while you can, old pal, the heat's really coming down on you and the gang lately!

I figured I might as well, because it will be the last positive thing I'll say on this blog about him.
For anyone who doesn't know me well enough to know how I feel about the diabolical ignoramus they call the President, let me just remind you of this:

Only the wisdom of a Monkey Buddha
can defeat the idiocy of a Smirking Chimp! 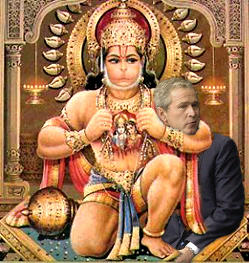 RFK Jr., the Environment, and Fascism

"RFK Jr. on the Bush War on the Environment"
www.lies.com/wp/2005/01/18/rfk-jr-on-the-bush-war-on-the-environment/
**This is a must-see if you can download video. (In the last quarter of the speech, he talks about the relationship between religion and the environment.)**

A lighter(?) look at things...
http://www.batemania.com/cartoons/archive112.html
Posted by paul_mic at 6:28 PM No comments:

Superman is a Dick

This is too funny:
http://www.superdickery.com
A collection of unintentionally funny comic book covers...

The comments under the pictures are killing me.

"Teach this threefold truth to all: A generous heart, kind speech, and a life of service and compassion are the things which renew humanity." - Buddha

"For talking monkeys to speak of truth is hubris of the highest degree. Where is it writ large that talking monkeys should be able to model the cosmos? If a sea urchin or a racoon were to propose to you that it had a viable truth about the universe, the absurdity of that assertion would be self-evident, but in our case we make an exception." - Terence McKenna

"There is no greater mystery than this... that we keep seeking reality though, in fact, we are reality." - Ramana Maharishi

"The best form to see God in... is in every form" - Neem Karoli Baba

"Religion is what keeps the poor from murdering the rich." - Napoleon Bonaparte

"I believe that the moment is near when
by a procedure of active paranoic thought,
it will be possible to systematize confusion and
contribute to the total discrediting of the world of reality." - Salvador Dalí

"All national institutions of Churches appear to me no other than human inventions,
set up to terrify and enslave mankind, and to monopolise power and profit.
Now some will say - 'are we to have no Word of God, no Revelation?'
I answer, yes, there is a Word of God, there is a Revelation,
the Word of God is in the Creation we behold, and it is in this Word,
which no human invention can counterfeit or alter, that God, speaketh, universally to man."
- Thomas Paine, The Age of Reason, 1794

"The one serious conviction that a man should have
is that nothing is to be taken too seriously."
- Nicholas Butler

"Anything that we can do to help foster the intellect and spirit and emotional
growth of our fellow human beings, that is our job.
Those of us who have this particular vision must continue against all odds.
Life is for service."
- Fred Rogers

"Religion is regarded by the common people as true,
by the wise as false, and by rulers as useful."
- Seneca the Younger