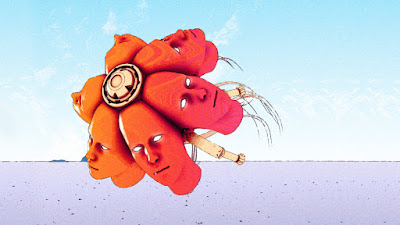 I saw the animation above (Neural Jelly) on r/gifs and looked up the artist.

This surreal vision is from a series called Mecha Weekly. He takes 3D mechanical-based designs and renders them so they have a dream-like quality. The link shows some of the process behind creating these amazing visuals.

There's much more of this weird, mesmerizing art on his Instagram page @mcafee.design. 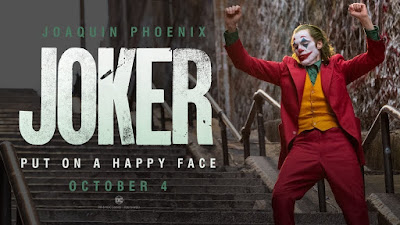 Last night my wife and I watched "Joker" starring Joaquin Phoenix. She wanted to watch it, which is unusual because she's not really a fan of comic book movies. However, she likes psychological dramas, and "Joker" is very heavy on the psychology of this particular insane villain.

Although it is an origin story & there are tie-ins to Batman (mostly through the appearances of young Bruce Wayne & his father Thomas), it did not really feel like a movie about the comic book character Joker. The DC movies have not really followed a coherent universe like Marvel, and this just seems like a standalone movie that has nothing to do with Justice League or Batman movies. That being said, it was still a really good film and we both enjoyed it.

Admittedly, my favorite portrayal of The Joker is in the Arkham Asylum video games - in which Mark Hamill (Luke Skywalker) voices the Clown Prince of Crime. After the movie, when I told Loretta this, she was incredulous, "Luke Skywalker plays the Joker?!?!" When I showed her some clips from the games, she was like, "Yeah, that's pretty good." This to me is exactly what the Joker should be:

I just never like any of the renditions of The Joker in the movies. People rave about Jack Nicholson & Heath Ledger, but they were horrible. They basically played a smug, subdued creep with a weird mouth & a bum with makeup, respectively. I'm not even going to talk about Jared Leto's version in Suicide Squad. "Damaged"? More like just plain idiotic. Even Caesar Romero's 1960's campy portrayal was better than that.

I think Joaquin Phoenix got as close to the essence of the mind of the Joker as any actor. The one detail that seems to have been forgotten in other roles is the manic nature of the Joker, embodied in his crazed laugh. This movie put an interesting spin on that characteristic - with Arthur Fleck being affected by a "condition" of an uncontrollable laugh that is like a nervous tic.

The movie definitely wasn't funny in any regard, despite the main character being a clown. In fact, it was pretty disturbing, which is fitting considering this clown is a psychopath. It covered many social issues, such as the availability of mental health services, the exploitation of individuals by the media, and the class divide which drives so much suffering in our world. You can almost sympathize with Fleck as the cruelty of society and the horrors of life drive him further into madness.

I would definitely recommend this movie to anyone interested in comic book movies, or films dealing with psychology and social commentary. It effectively took a cartoonish villain and created a multi-dimensional character who can simultaneously elicit empathy, fear, and disgust. 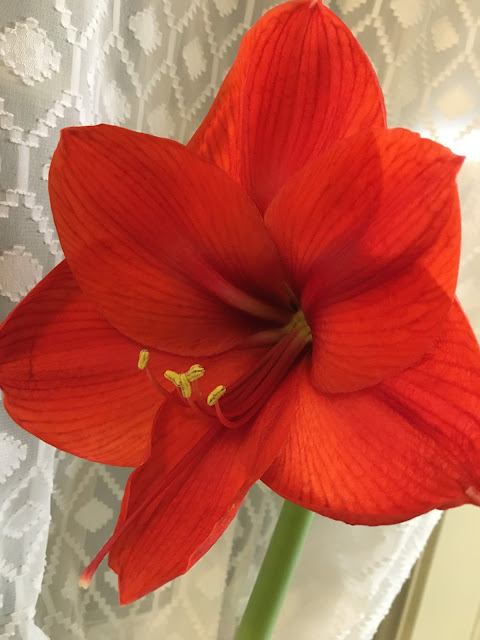 For the 3rd year, this amaryllis bulb by our patio door has blossomed into giant, velvety red flowers.
There are 3 large blooms coming from the stalk, and they are larger than my hand!
It's weird because the stalk gets so long, that it needs to be supported. I guess it would just fall over without being propped up? 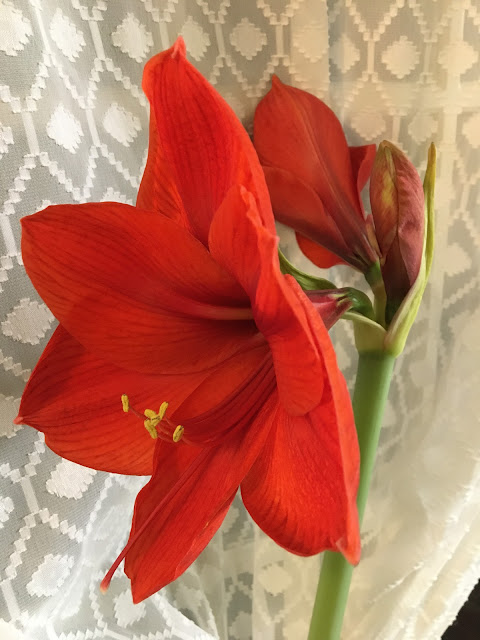 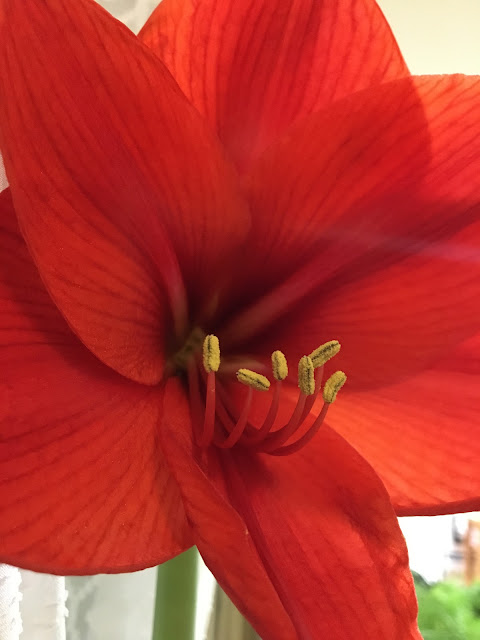