I saw some guy on CNN claiming to represent religious conservatives or the Republican party or something, trying to warn about the danger of Speaker of the House Nancy Pelosi's "socialist" agenda if the Democrats win majorities in Congress. I'm an Independent voter since I claim allegiance to nothing but myself and the human race, but I think supporting the Republican Party today makes no sense unless you're wealthy, a lobbyist, or Satan. Even the supposed "Republican base," Evangelical Christians, have no business supporting these goons because they're just getting lip service from power-hungry politicians who think they are "nuts."

I don't know how even so-called conservative people could find these Democratic goals to be a threatening agenda. Compared to the discord, corruption, and obscene budget & military mis-management that have been the result of Republican rule, these ideas should sound like the qualities of an American utopia.

Pelosi Says She Would Drain GOP 'Swamp'
• Put new rules in place to "break the link between lobbyists and legislation." (I'm sold already!)

• Cut the interest rate on student loans in half.

• Allow the government to negotiate directly with the pharmaceutical companies for lower drug prices for Medicare patients.

Wow, what a horrible, horrible set of left-wing socialist priorities!!! They actually help people, instead of destroying the country for the benefit of corporate and special interests! Imagine that!

If these four points ever had the possibility of being carried out, it would be with a Democratic Congress. Hopefully overwhelming public opinion makes another rigged election too obvious to carry out in November. I'm not holding my breath, though.
Posted by paul_mic at 7:38 PM No comments:

Earth After Humans Are Gone

This chart shows, if humankind disappeared right now, how long it would take for various artifacts of our presence to also disappear. By far, the most permanent of our marks is that of nuclear waste and debris. For example, the depleted uranium weapons we are using in warfare are completely irresponsible and idiotic. Here is an article on NewScientist.com that spells it out a little more.

One of the first things to be rendered useless would be the very words that I am typing now... along with the rest of the Internet!
(click to enlarge) 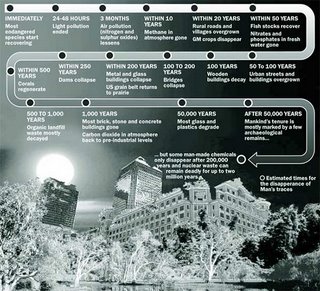 One of the entries for the Visualization Challenge I just posted about was this awesome 3D animation by Harvard's Molecular Biology program of the processes that go on at the microscopic level & beyond. The otherworldly detail and the strange structures of the microcosmic world make this an almost psychedelic trip into "Inner Space". Although it's not completely accurate in terms of scale and appearances, creations like this make it easier to appreciate the intricacy and complexity of our universe. Click to watch. 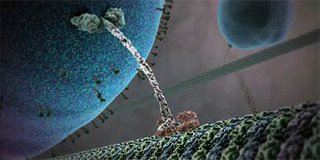 The growing power of computers and the sheer number of artists, scientists, & programmers emerging every day is expanding the knowledge and creative vision of the human race at a unimaginable pace. We are creating new ways of thinking, new realities, which the collective consciousness of mankind continues to assimilate and synthesize into a greater vision of our world.

Science Magazine awards such vision with their yearly Visualization Challenge. All of these entries are unique and thought-provoking. The human being is a novelty-producing entity, and these endeavors are truly mind-expanding attempts to see the world in a new, informative way. 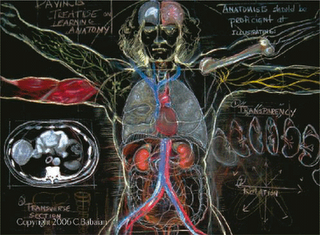 This has to be one of the wildest photos I've ever seen. This lightening bolt threw the photographer six feet in the air! Read the story from the UK Daily Mail. You don't mess around with Mother Nature. 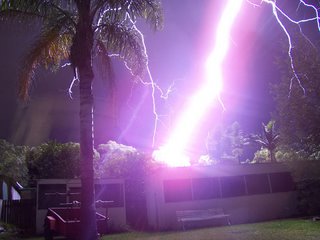 This is a fascinating animation showing the various kingdoms & empires that have dominated the Middle East & the Mediterranean through time. Dynamic visual presentations like this can provide as much understanding as hundreds of pages of written history. (Click below for link.) 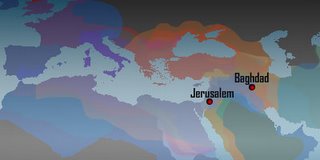 The U.S. vs. John Lennon

I haven't heard anything about this documentary "The U.S. vs. John Lennon" but it looks pretty cool from the trailer. The only problem with being such a powerful voice for peace and freedom is that it makes you a visible target for the forces of violence and oppression.

Some great quotes from the trailer:

"Our society is run by insane people for insane objectives, but I'm liable to be put away as insane for expressing them." - John Lennon 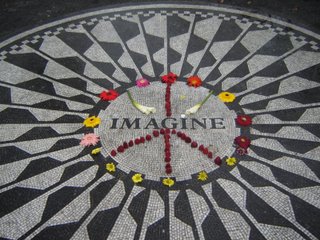