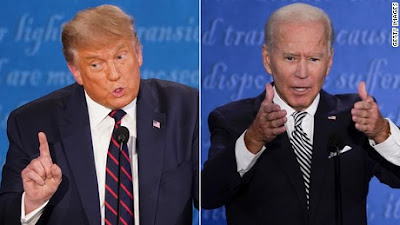 Ugh, what an absolute shit-show.

I've sat through some bad & really bad Presidential debates in my time, but this one doesn't even deserve the term "Presidential". I expected it to be really bad... and my expectations were still way too high! Just all-around fucking awful.

I'm not even going to show the video, because I don't want to be responsible for subjecting people to such a cultural travesty.

My wife & I watched the whole thing, pretty much disgusted & horrified that this is the state of American political discourse. She asked me if we were in the Twilight Zone, & I couldn't confidently answer in the negative.

Trump was what he always is - a complete moron, & an utter, insufferable, obnoxious A$$HOLE. The knuckleheads who already love him will think he dominated Biden with all the idiotic ranting and interruption, but to any reasonable person he comes off as a complete mental patient & a total jackass.

Biden was basically steamrolled by Trump's nonstop spew of bullshit & lies. He wasn't nearly as aggressive as he needed to be when faced with a shameless, unhinged narcissist. Biden landed a few frustrated jabs, and unfortunately the only effective counter was getting low with the name-calling and mockery - calling Trump a "clown","a fool", and "Putin's poodle". Trying to hold a rational debate with a deranged, compulsive liar is an almost impossible task.

This quote came to mind:

“Never play chess with a pigeon. The pigeon just knocks all the pieces over, shits all over the board, then struts around like it won.”.

I think Biden's best moments were when he directly appealed to us, the American people, & our families. Trump only spoke in terms of how good HE was doing at everything, as usual.  However, Biden just looked completely befuddled a lot of the time & stumbled over his words, as Trump just gish-galloped his way over the other people on the stage.

Which brings me to the 3rd person on the stage, moderator Chris Wallace. For a Fox News employee, Wallace is fairly objective. Unfortunately, he was horrible at moderating this debate and had little control over the Trump Bullshit Train.

The one thing I've seen many people commenting & agreeing on is that (especially with someone like Trump) there needs to be moderator control over cutting the sound to the individual mics. When one person's time is up, CUT THE GODDAMN MIC. That's it. That would vastly improve these horrific displays, with people talking over each other and spending half the debate about respecting the rules & exhibiting self-control, something that The President of the United Fucking States seemingly can't comprehend.

Ok, I'm done. I've already wasted enough time talking about this nonsense. The fact that 30% of this country see the way Trump acts and thinks he's fit in any way to run anything, proves that our country is full of idiots. We have two 70+ year old white guys haplessly arguing on a stage about the most important issues facing our country, and there's barely any substantive information presented at all. It shows why our country is such a dumpster fire right now & why I don't even bother posting about politics much anymore. I hope other people are also fed up enough to stop this madness and work toward government that is functional again, for the well-being of this country and the people in it. 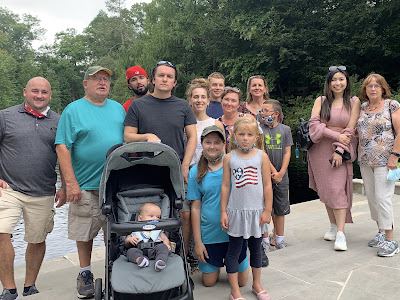 Recently my entire family went to Longwood Gardens in Pennsylvania. My parents bought us all tickets last Christmas, and we were finally able to all get together to go. It was the first visit for my baby son Paul Giuseppe, so it was extra special for us.

I have been there several times, and it never gets old. There are so many wonderful things to see and experience. The natural beauty and artistry of the grounds inspires a deep appreciation of plant & animal life.

I uploaded an album of photos, with some of my favorites shared below: 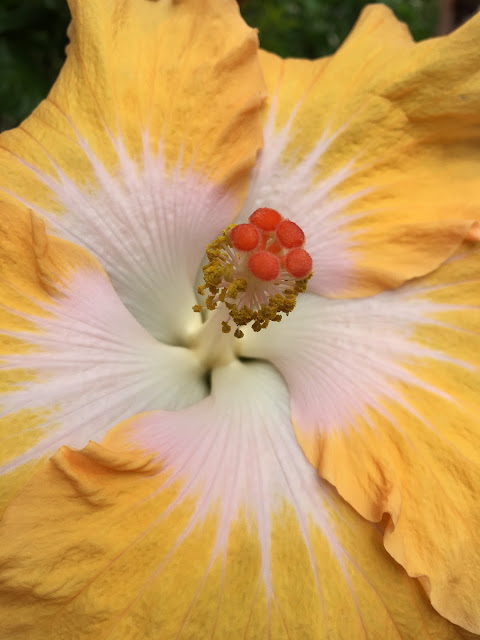 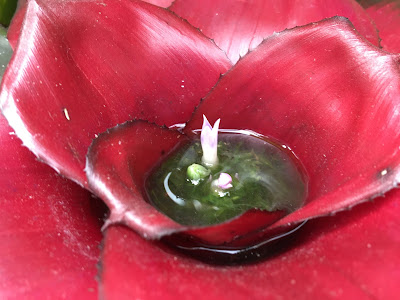 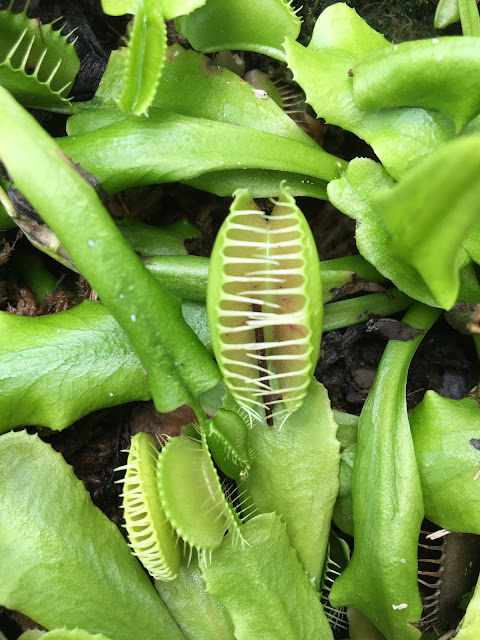 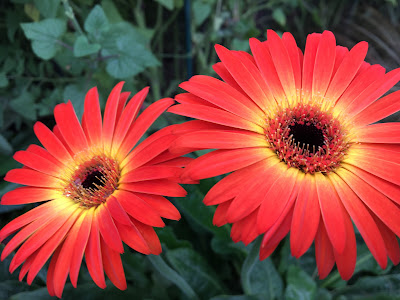 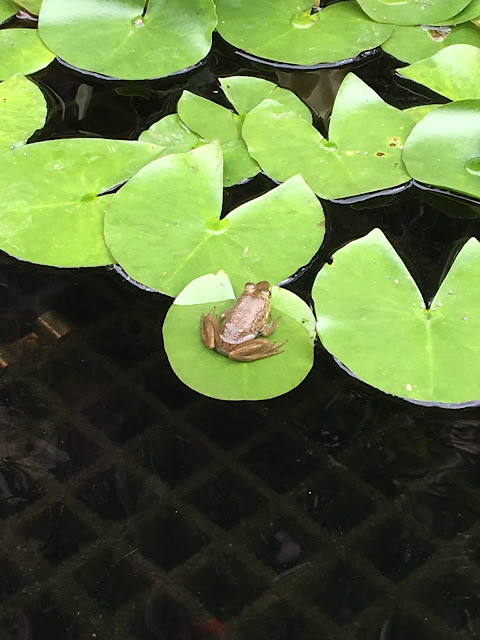 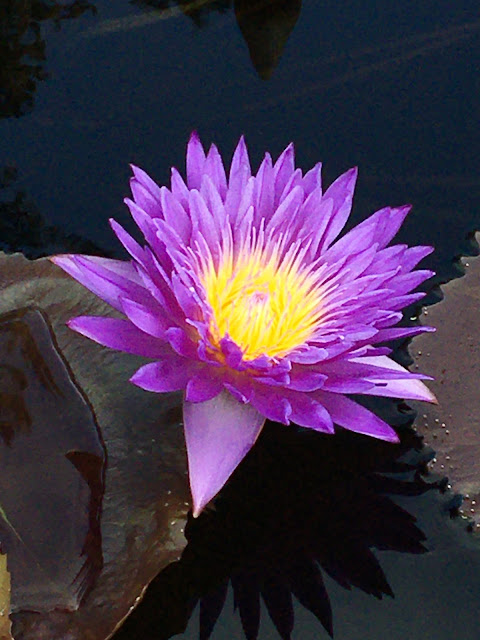 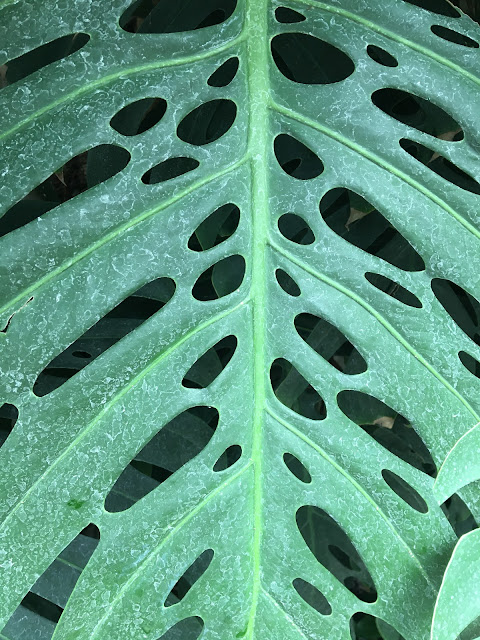 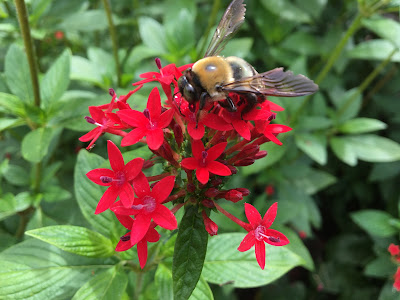 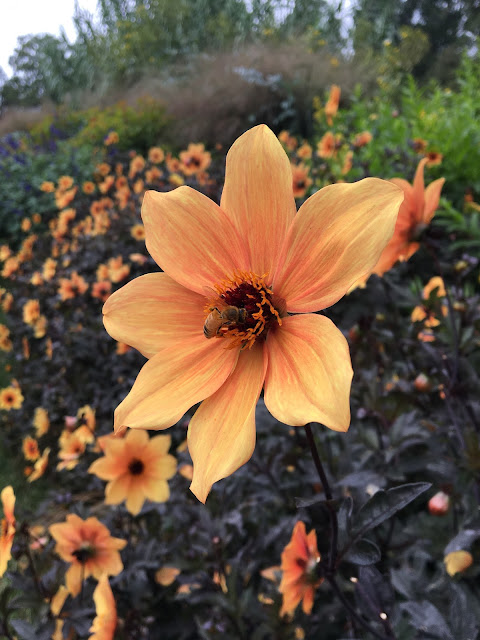 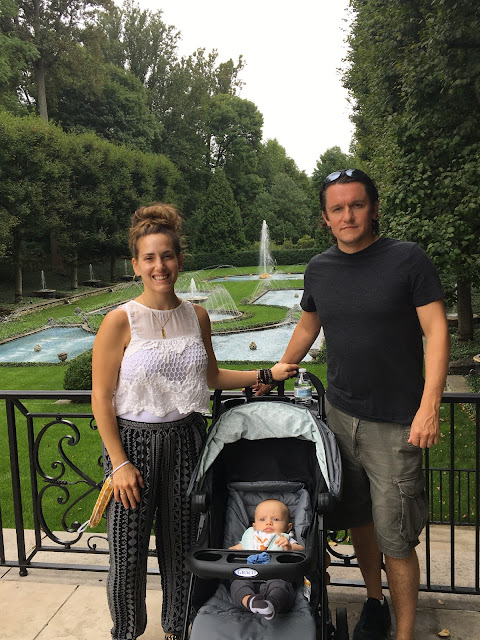 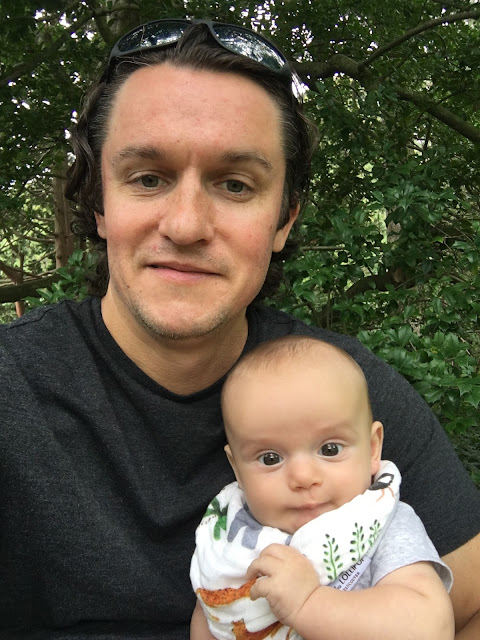 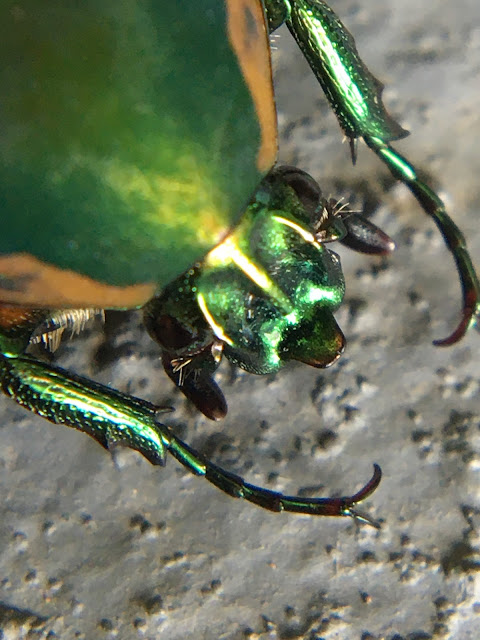 I used my macro camera lens to get an extreme closeup of this beetle's head.

The iridescent green & texture on its exoskeleton was awesome. 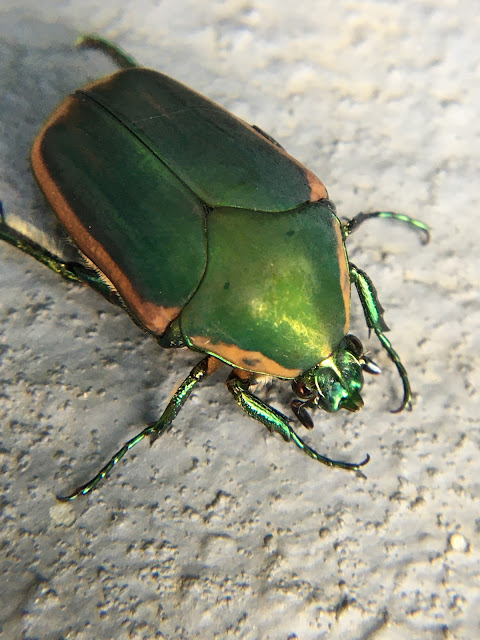 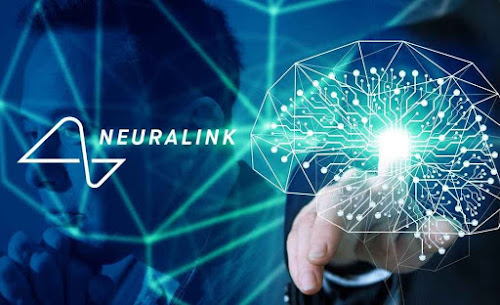 Right now, the most promising aspect is the potential to help control artificial limbs or give paralyzed individuals a way to access electronic devices. However, Musk envisions direct mind-to-mind communication, or be jacked-in to a digital space in which the possibilities for cognitive enhancement are truly limitless. 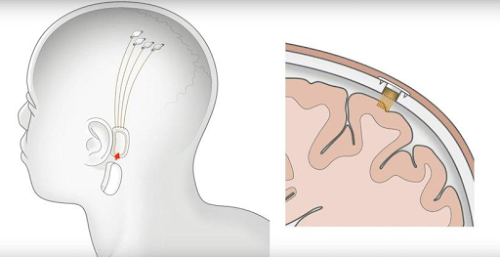 The smartphone & portable digital devices have revolutionized our personal and social experiences, just as the development of computers did before them. This is clearly the next step in human technological evolution, whether everyone is ready for it or not.

As with any new tool or system, there are unforeseen positive and negative consequences that will arise as a result. In many ways it will advance human consciousness beyond anything we can imagine. We currently have the entire catalog of human knowledge at our fingertips, but perhaps we will be able to access it on multiple streams at the speed of thought. On the flip side, this kind of human augmentation will likely segment society in even more extreme ways than social media and other digital tech is doing today.

This article from Wired presented some good insight into what Neuralink offers now, what is possible in the future, and what difficult issues researchers face in advancing the technology.

The largest hurdle in fully realizing the potential of this technology is our limited understanding of the brain/mind itself. I am currently reading "The Fractal Brain Theory" by Wai Tsang and it is a technically immersive look into the complexities of the brain's architecture at various scales, and how they intermesh together.

I think the progression of this technology to completely integrated neural circuitry is inevitable. Although it has not fulfilled my vision of an "Apple iThink" implant that I presented over 10 years ago, the road is clearly being paved in that direction. 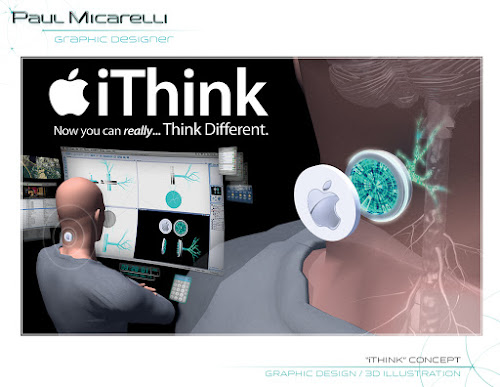 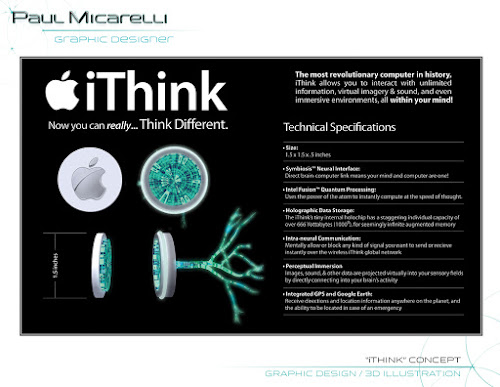 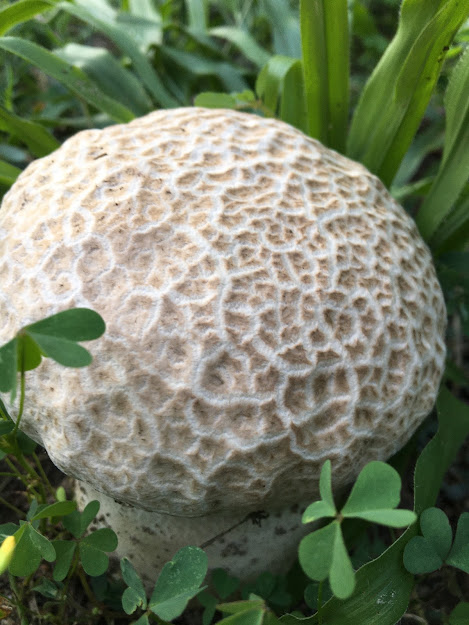 I saw this interesting puffball fungus in my lawn. It had a nice texture that resembled coral, & was about the size of a baseball.

Here is my hand for size comparison: 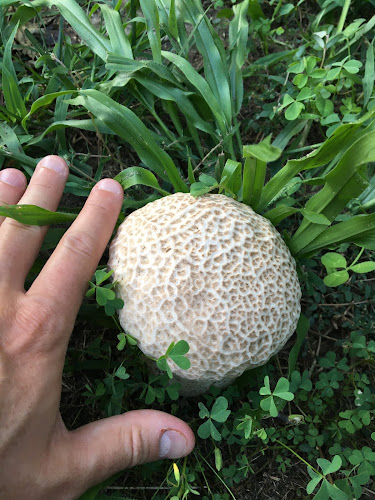 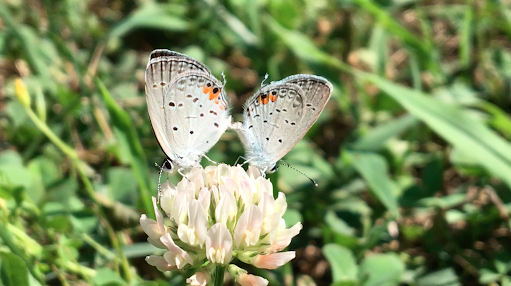 This summer I've taken a lot of nature photos & video, so that will probably be much of my upcoming posting here.

I'm fortunate to have all kinds of plant and animal life on my property, so there's always new things to photograph.