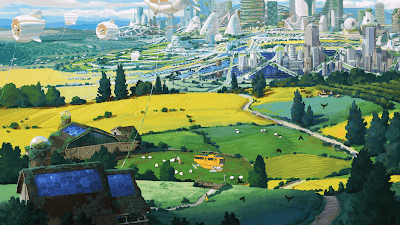 This video by The Line Animation Studio presents a vision of a future where a green utopia results from a harmonious, symbiotic relationship between humans, technology, and nature:

Although it was created as an ad for Chobani, it transcends the usual corporate marketing, to provide a hopeful and authentic ideal that we could be striving toward.

When we look at the greed, economic oppression, environmental destruction, and reliance on the shittiest possible ways to do things that are prevalent in our world, it's easy to get totally disillusioned with humanity.

However, we have to remember that there are better ways, and practical solutions to the problems we face. It is through positive creative reinforcement, like this animation, that we can look for ways to develop a brighter future. I like how it personalizes the message through the letter to Alice from her grandmother.

"Our job is to plant the seeds, so our grandchildren get to enjoy the fruit."

It is a beautiful message, and having a child of my own has given me an even deeper appreciation for the future we need to fight for - not just for our own kids, but for the entire human race that will live on after we're gone. 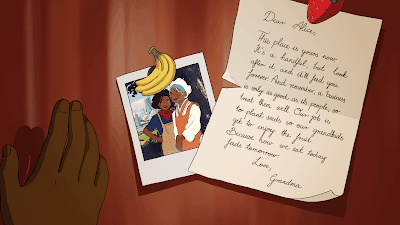 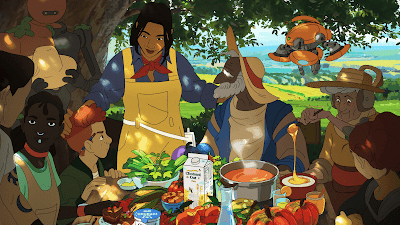 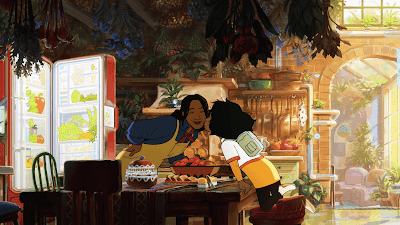 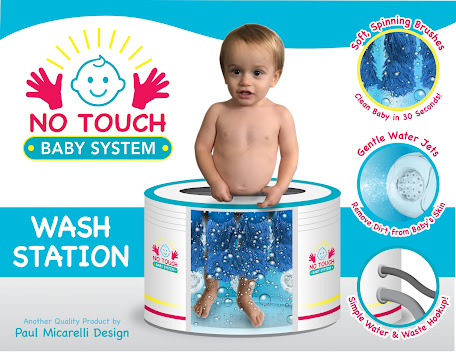 This is a funny concept I've been wanting to make since my oldest nephew was born, 13 years ago. Now that I have a son, Paul Giuseppe, I finally decided to make this graphic... before he gets too old!

I originally posted this on the Facebook page for Paul Micarelli Design:

Before I had a child, I always said that I would do anything to care for my kids - except change their diapers! The idea of wiping up poop totally grossed me out. The idea of the "No Touch Baby System" was that a parent could just dip their kid into the Wash Station, & it would automatically clean their ass.

Well, after having a kid, I can proudly say that this is no longer a concern. In fact, I actually enjoy changing his diaper, since it gives me a chance to comfort him & sing to him songs I've made up - like "Stinky-Dinky Spider", "Monkey Submarine" (to the tune of Yellow Submarine, w/ monkey lyrics & sounds) and a country ballad called "Powder Them Balls".

I have become completely unfazed by getting baby crap on my hands & wiping up disgusting mounds of my son's poop. It's truly amazing how parenthood changes you. The downside is the worry and fear that comes with being responsible for a little human being, as well as the constant exhaustion. I have not once felt well-rested in the 1.5 years since he's been born. I can wake up after a decent night's sleep, and incredibly, I'm still tired. I've just come to accept it at this point. The upside is pretty much everything else.

I'm not sure having a No Touch Baby System would actually dramatically improve the ease of childcare, but it was fun to make this concept after having it on my mind for so many years!

This New Years Resolution I saw on r/surrealmemes is one I can clearly envision. Looking forward to a year full of new experiences in crystal-clear, high definition! Next year, maybe the resolution will be upgraded to 4k...