We Would Be Honored If You Would Join Us

I saw this awesome oil painting of Boba Fett on r/imaginaryjedi & loved the perspective. The reflection in his faceplate shows Darth Vader confronting Han Solo, Chewbacca, & Leia after Lando Calrissian leads them into Vader's trap at Cloud City.

Boba Fett, was one of the cooler Star Wars characters, especially before the prequels demystified his background. The persona of a enigmatic, bad-ass bounty hunter in weapon-covered armor was a great addition to the series.


The artist is Christian Waggoner, and the original title isn't quite accurate, but it doesn't take away from the quality of this image.


Artstation:
we will be honored if you join us for dinner 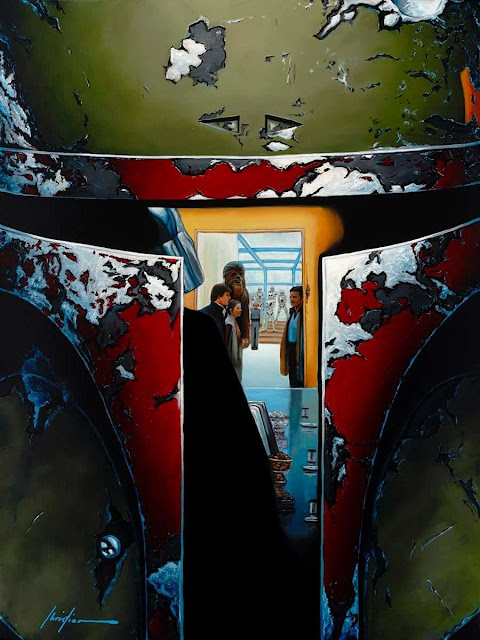 I just watched the official trailer for the "Venom" movie. I used to be an avid comic book collector when I was a kid, and Venom was one of my favorite characters.


During the Secret Wars series in the 1980's, Spider-Man acquired a black suit with special powers, like enhanced speed & strength, unlimited webbing, and being able to shape-shift into any clothing. It also just looked awesome. However, it turned out that the "suit" was actually alive, a symbiotic alien life form that had merged with Peter Parker.

He tries to separate from the symbiote, using sonic waves that disrupt the alien. The alien then finds Eddie Brock, a down & out reporter who is ready to commit suicide. The symbiote bonds with Brock, and takes on his aggressive and violent personality. The merged pair becomes the terrifying creature known as Venom, one of Spider-Man's most powerful enemies and a great villain character. 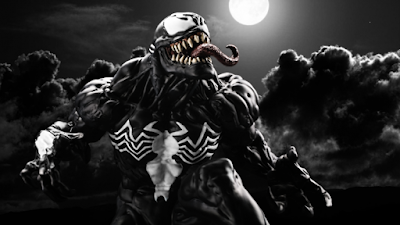 Anyway, the Venom character has been done in movies before, in Spider-Man 3, but the full Venom appeared only briefly and was handled in a pretty lame way. With many years and more advanced CGI since then, this iteration of Venom looks pretty good, and hopefully the character gets more screen time.

Unfortunately, as is the situation with certain superhero movies, the involvement & ownership of these properties by different studios leads to results that do not do the characters or their stories justice. It appears that, because this is a Sony movie and not a Marvel production, Spider-Man will not be a part of this movie, which is idiotic. Venom's origin story IS Spider-Man, so to not include him would be like having a Joker movie with no Batman.

I'm pretty critical of movies in general, especially when it comes to characters that I am very familiar with & like. Sometimes, I wish I could be a consultant for these types of movies to tell everyone how things should be done. When I read other people's opinions online, most people complain about the same things I criticize. Perhaps one day there will be a proper movie with Spider-Man vs. Venom that is true to the original story. Until then, I won't bother seeing this in the theater, but may see it eventually if it seems to get good reviews.
Posted by paul_mic at 9:14 AM No comments:

I saw this cartoon on Phroyd's World awhile back, and unfortunately it's still as relevant as ever. 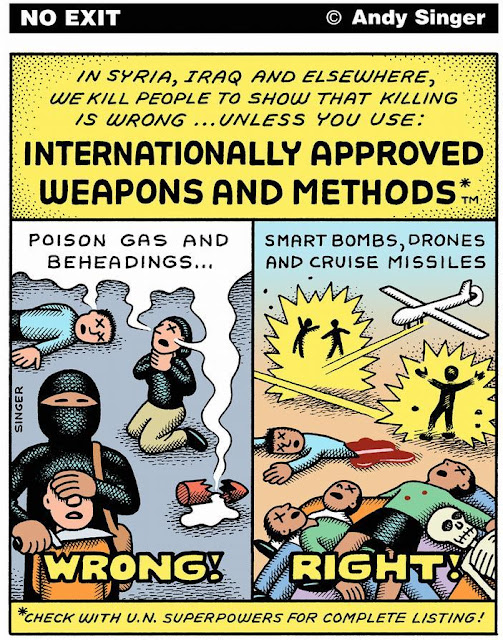 
People set up this strange dichotomy in their heads- where killing by a certain group & methods is wrong- but killing by their group using "officially sanctioned" methods (even that which results in collateral damage) is justified.

It's all the same destruction of human life, and especially when non-combatants are murdered, military action can be just as barbaric as the actions of any terrorist group. People who are cheerleaders for war are blinded by patriotic emotion that prevents them from seeing others in foreign lands as fellow living beings.

The detachment of humans from killing other humans, through technology such as drones & smart missiles, is an extremely dangerous situation. It allows for the murder of anyone, with the personal responsibility of no one. This is why so many people are arguing against the implementation of AI and autonomous robots in combat. This terrifying possibilities of this concept is illustrated in the fictional (for now) Slaughterbots video below:

This desensitization of war's effects, leading to the justification for state-sanctioned death of innocent people, is one of the main catalysts for terrorism in the first place. We kill innocents while trying to get the "bad guys", so they kill innocents... and the cycle of revenge never stops.

The only people who benefit from this endless destruction are those who are profiting from it, through the creation & utilization of weapons- the "military-industrial complex" that President Eisenhower presciently warned us about at 8:41 in the video below.

I've been taking some macro photography using a lens for my iPhone that I received for Christmas this year. It is awesome for taking photos of tiny natural features and textures.

I saw this tiny beetle crawling on my desk & wanted to see how detailed of an image I could get of it. When I say tiny, I mean it was smaller than the tip of a ballpoint pen! To illustrate the size, I took a few "zoom-out" photos, showing it in relation to a pen. The macro lens magnified it so well, I was able to see its head & the camo-like pattern on it's back. 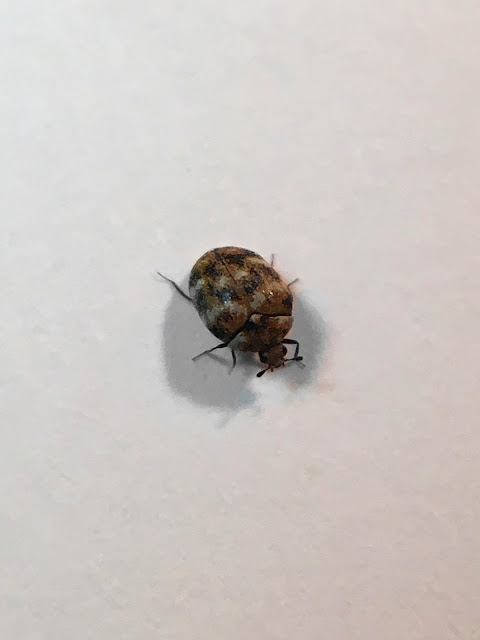 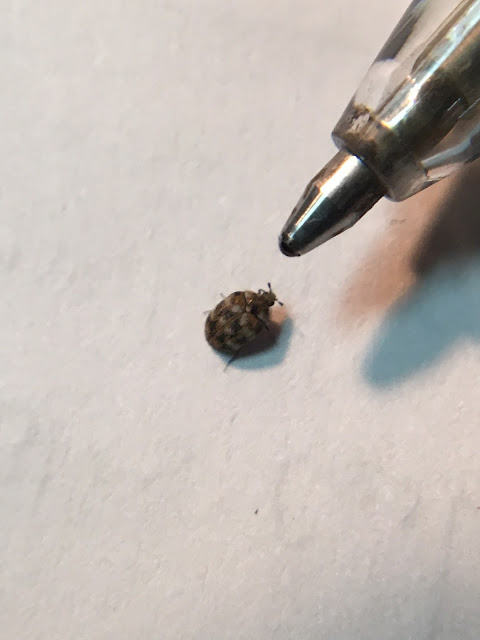 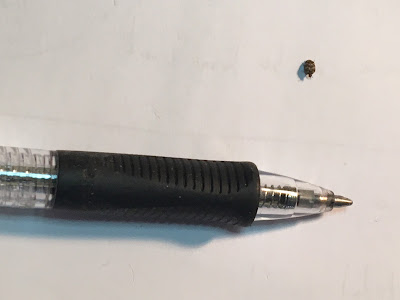 Two things I enjoy are 3D animation and surrealism... and there are few places where those two ideas collide as thoroughly & weirdly as Cool 3D World.


Cool 3D World is a team of artists, Jon Baken & Brian Tessler who clearly delight in using their technical skills to push the limits of the absurd.

If you want to be completely confused & disgusted, be sure to watch their videos- featuring morphing humanoids, nonsensical scenery, disturbing sound effects, and generally mind-warpingly bizarre animation. 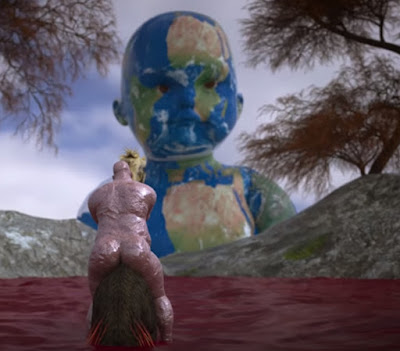 Here are some examples of the insane animations produced by Cool 3D World. For the love of all that's good, do not try to make sense of any of it:

I received a macro lens for my iPhone from my fiancée's parents on Christmas. I love taking nature photos, and this allows me to capture new perspectives from extremely close up. I will be adding them to my album of nature photos.

I've been taking some random pictures of things that I think have cool textures or interesting features. This is a piece of coral that I saved from a trip to Mexico many years ago. When you zoom into it, the many tiny pieces of sand embedded in the nooks become more evident.

Reality is endlessly fractal, with ever-more levels of detail to discover. 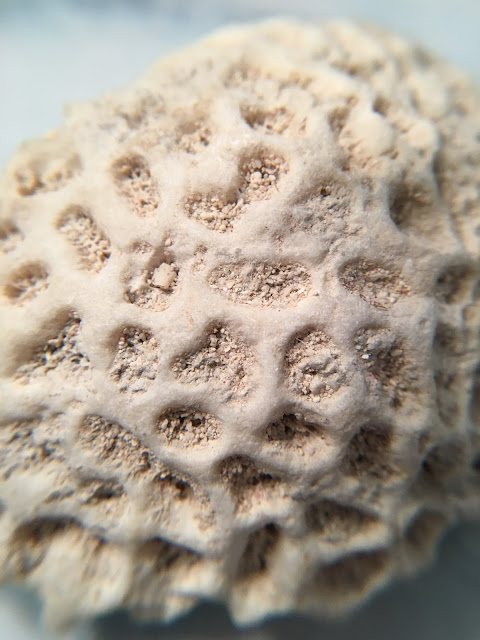 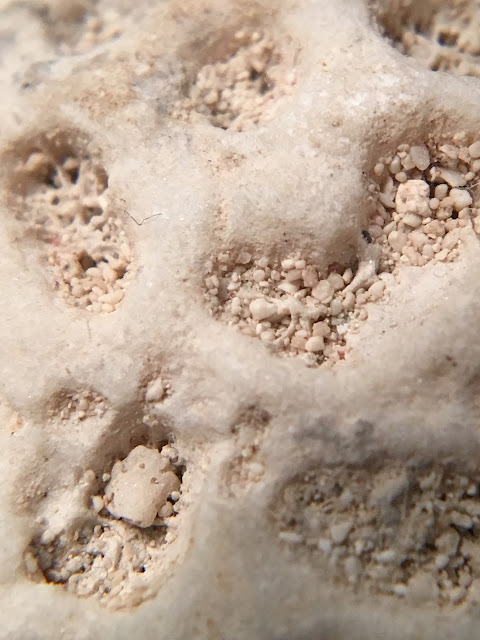 I came across this awesome illustration by Italian artist Pierluigi Vessichelli, and since I love anything involving metaphysical monkeys I had to share it! 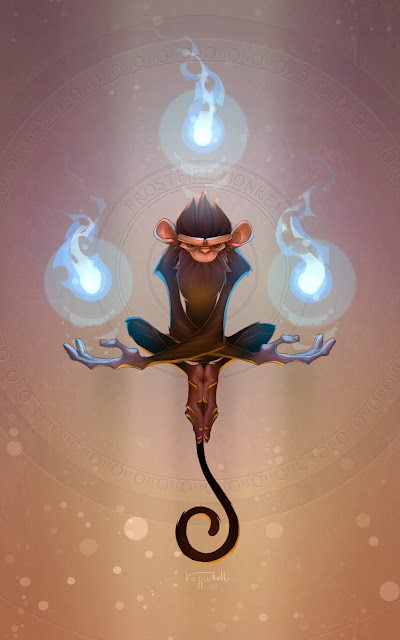