I have been working full-time for a print & sign company for a few months now... between my job, still working on freelance projects on the side for Paul Micarelli Design, and leading an active life with wife, I feel a real time crunch. As motivated and efficient as I am, it's very difficult to fit everything I want to do into my schedule.

On my free time, the one thing I always take time to do is to enjoy nature, especially now that the weather is nice. This past Spring, I took photos outdoors of plants, landscapes, and various creatures I came across.

I added them to my album of nature pics and included some below: 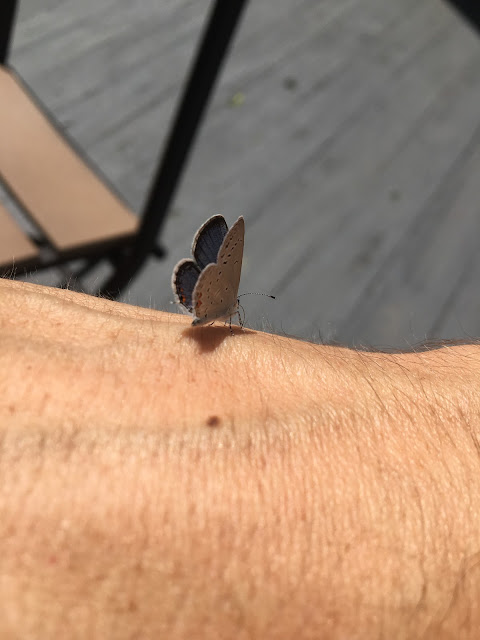 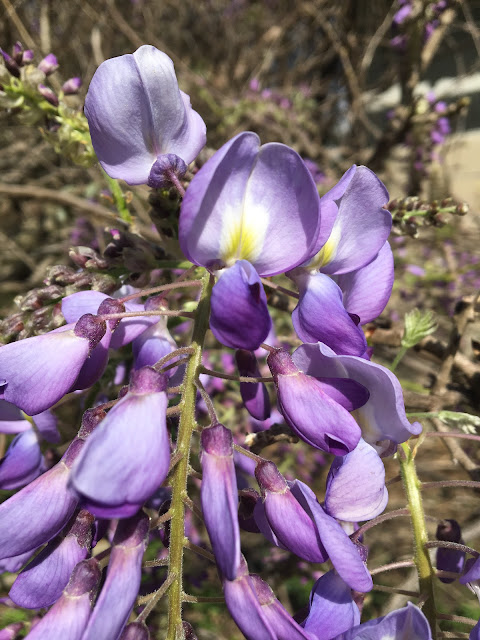 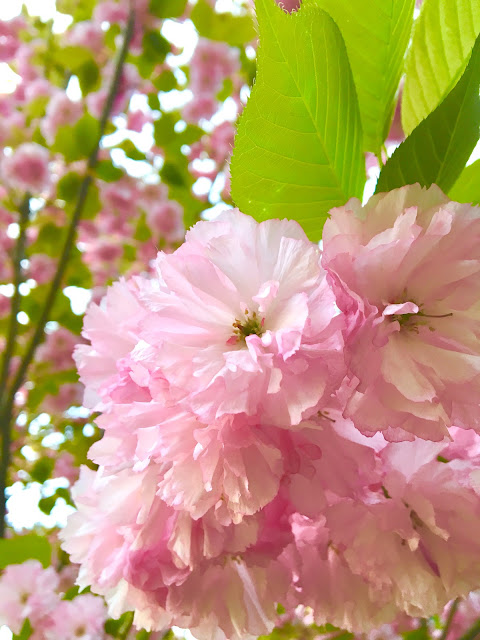 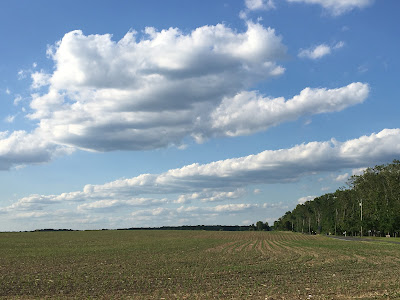 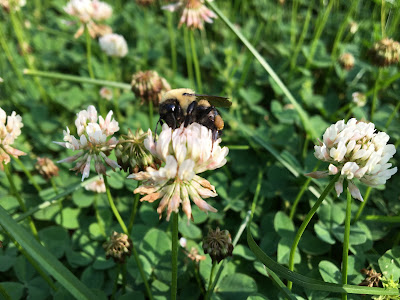 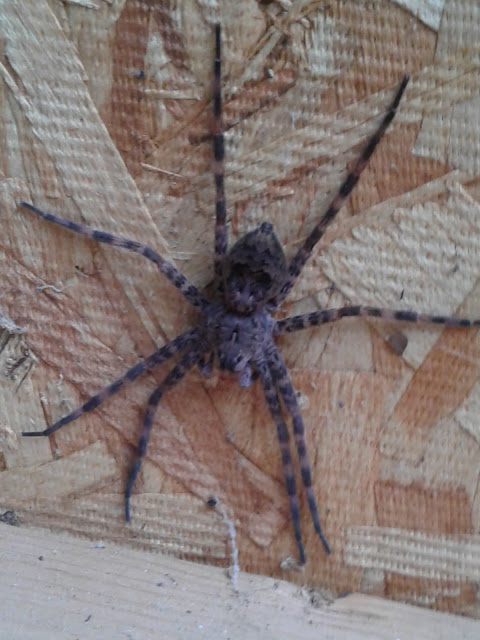 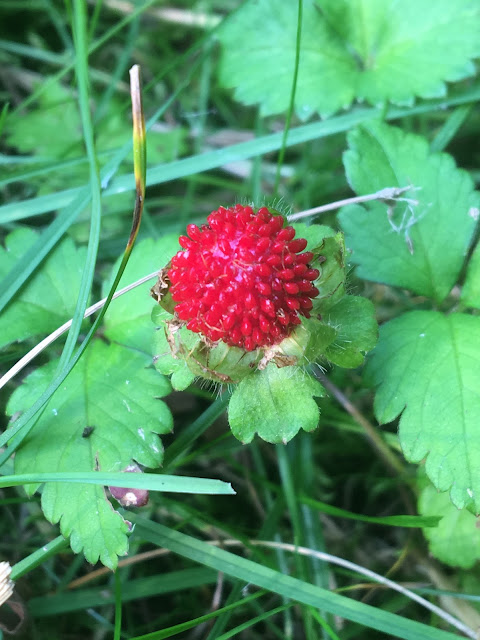 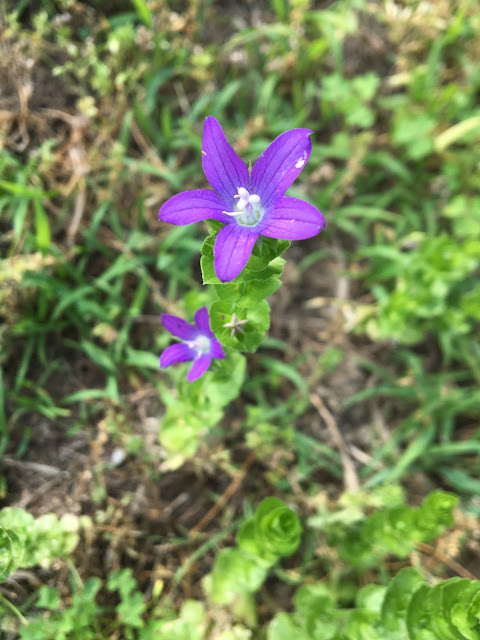 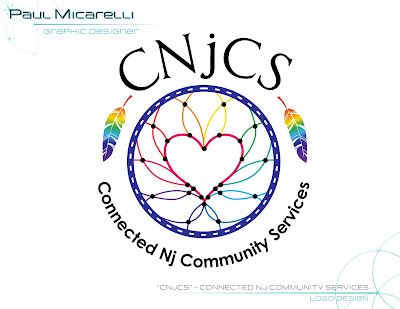 I've come to know Debra Flagg, one of the founders of CNjCS, who was inspired by the difficulties she faced trying to find beneficial programs for her son. I created the logo for the non-profit (above). Debra is an awesome, deeply spiritual woman with a vision to help those who need people like her, to advocate for them and provide effective services.

So she asked me (through Paul Micarelli Design) to help her produce this video to help promote her cause. I filmed her intro and ending, and edited it together with her photos according to her direction. I'm sharing it to help bring attention to her organization and the meaningful work she is doing: 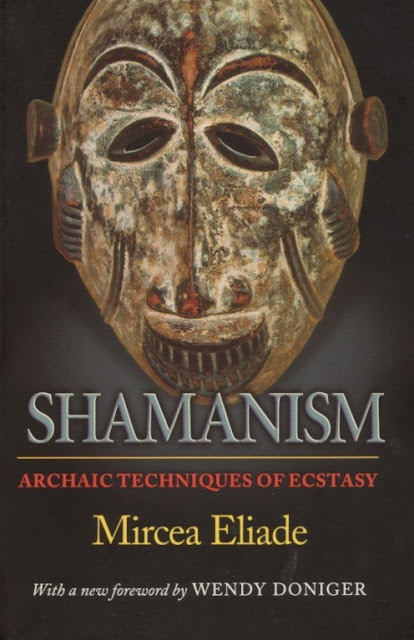 After months of intermittent reading, I finally finished the 500+ page comparative study of shamanic practices that was originally published in 1951.

I first became aware of this work from listening to talks by the late, great Terence McKenna- who would reference Mircea Eliade when discussing the use of altered states of consciousness in shamanic cultures.

So, after receiving the book as a Christmas gift, I began the literary journey exploring the details of shamans and medicine men throughout history. Although I found most of the book fairly dry and mostly occupied with listing characteristics of belief systems and practices, there were parts of it especially near the end that were thought-provoking and helped open the veil of mystery behind the shamanic experience.

A shaman is a unique personality of a tribe or village, who has the unique ability to enter "ecstasy" through trance or altered mind states to contact the spirit world. This could be a hidden dimension of reality, a realm of light beings or souls, or maybe just a deep aspect of the mind. Regardless of the actual nature of the "place" to which the shaman is traveling, he or she uses this ability to transfer their presence elsewhere for the good of the community. Often, the goal is to contact or retrieve the dead, or to find information used for healing.

Many of the differences between shamans of various cultures were documented- but, to me, the similarities were much more interesting.

Often, shamans are initiated due to lineage, or because of some grave childhood illness or trauma that they emerge from recognized as having the shamanic gift. One common theme among shamans of all cultures is the idea of dying and/or being dismembered, then being reconstituted and reborn.

This shamanic process of traveling down to the serpentine labyrinths of the genetic molecules, having the self-identity annihilated, and returning with healing powers was vividly depicted by one of my favorite artists, Alex Grey, in his series below:


Journey of the Wounded Healer 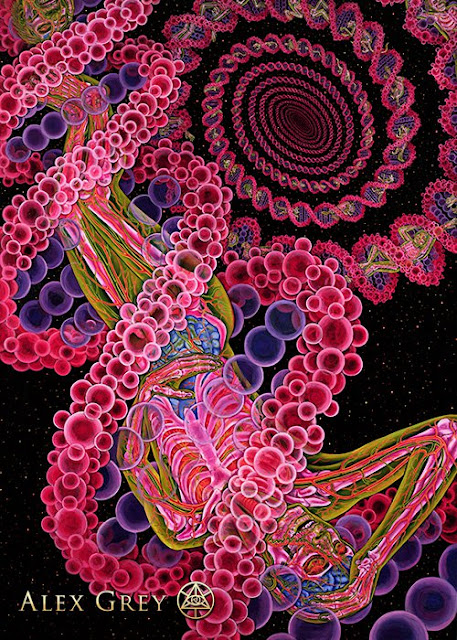 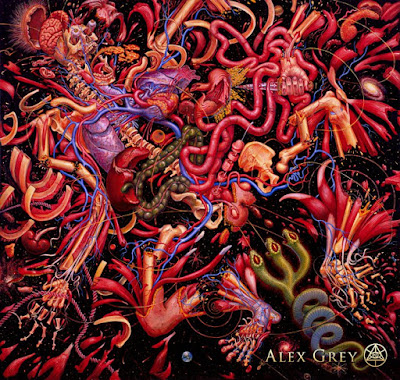 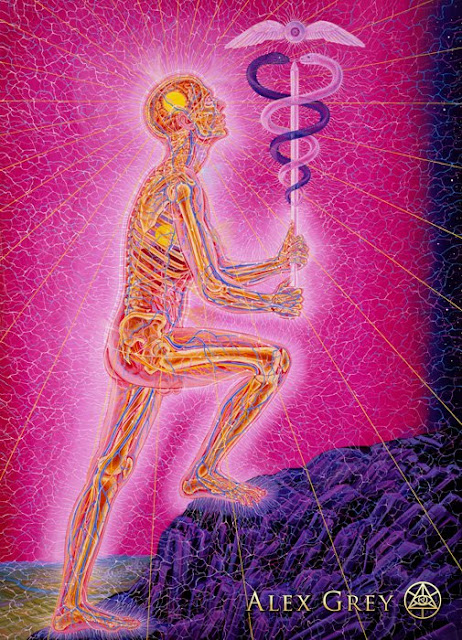 There are many other characteristics that are shared across cultures and locales - the idea of passing over a narrow bridge to get to the other side that can only be traversed by the worthy, the ability to fly or become a "skywalker" (hence the name of the mystically-inclined Star Wars family), conversely the journey to the underworld or land of the dead, the experience of transforming into animals, and becoming impervious to pain or discomfort.

The shaman obtains these abilities through entering a trance or altered state by various means, including; drumming, dancing to the point of exhaustion, the use of psychedelic plants, sleep deprivation, and the use of secret language and chants.

After reading the book, I felt like one of the most important social functions the shaman performs is the de-mystification of death for the community. Death is the ultimate mystery, the state of being from which few, if any, have truly returned. The fear that faces each human being when contemplating their own mortality can be terrifying precisely because there are no answers. By claiming to travel to the spirit world or the realm of the dead, and bringing back information about it, it makes this eventual destination we all must pass through much less scary. It at least seems quantifiable and knowable in some sense, therefore lessening the fear of the unknown associated with it.

Overall, it would be hard for me to recommend this book to anyone other than those with a hardcore interest in shamanism or anthropological studies. Because of the length of the book, the amount of information present, and the specialized niche it represents, it would be daunting for the casual reader. However, I can see why it is regarded as such an important work in this area and has informed subsequent studies and research over the years. 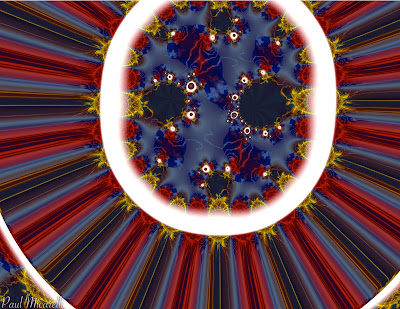