I haven't really commented on politics this election season as much as I have in the past, but I always  pay close attention to the political & election news.

To coincide with the bizarre carnival of archaic & absurd ideas going on right now- also known as the 2012 Republican National Convention - The Monkey Buddha presents some favorite political humor & infographics;

I'm a registered Independent, but my political views would tend to be seen as progressive. However, I'm also conservative- in the sense that I don't think public money should be wasted on unpaid wars of conquest, unfunded mandates or tax breaks for the obscenely wealthy. I'd like to think of myself as a realist & an objective observer, but I also think there are real differences between the objectives of the 2 major political parties.

I find the Republican Party, as a whole, to be hopelessly obsessed with out-moded ideas & downright delusional policy positions. They seem to long for a mythical time in history... where America was uncorrupted, pure, & righteous in the eyes of (the Christian) God.

Of course, such a time never existed.... The World Was Always Awful!

Watching as much of the GOP convention as I can stomach, it's almost like viewing performances from a weird political satire movie. It's just lame on an epic scale. Who knows if the Democratic Convention will be just as bad, but it'll be hard to match the lack of charisma of these speakers.

Anyway, I come across alot of political material in my Internet travels, but haven't posted alot of them. To kick of the Presidential Election race, I dumped some political art I've saved into an album in The Monkey Buddha Visual Archives.
Posted by paul_mic at 11:25 PM No comments:

Learning the Meaning of Life

After the video featuring Cyriak's dissonant view of Life in my last post, I thought I"d balance it out with a more tranquil vision.

I've previously stated my view that there is NO such thing as a "Meaning" of Life.


The Monkey Buddha Archives:
The Meaning of Life

"Meaning" is an abstract concept, created by the mind of humans, and is NOT inherent in nature.

Despite that fact, I can appreciate the sentiment below, by Lin Yutang.

It hints at the need to let pressing worldly concerns drop away once in awhile, to appreciate the immediate sensations we experience when relaxed & at peace.

I constantly have design work & other projects going on.
However, I've also continually cultivated the ability to turn off the computer, the TV, & the cell phone- so my mind can experience periods of introspection or undisturbed calm.

One of my great joys in life is the chance to rest & do nothing at all. 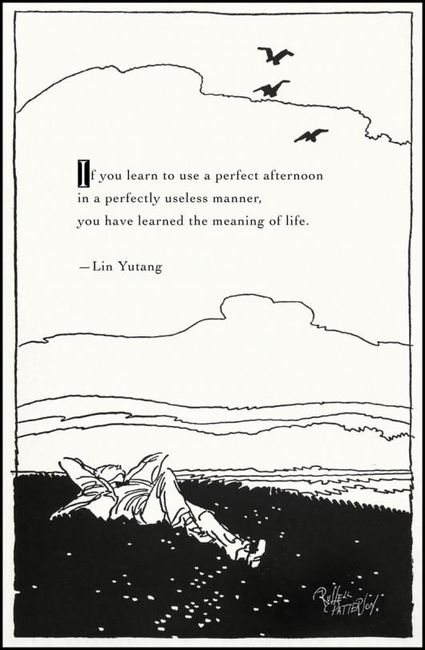 "The Counting Song" by Cyriak

I've known about the twisted mind of Cyriak for awhile, & really enjoy his crazy animated GIFs:

He directed this playful animated "children's song" that abruptly goes off the deep end... & into the hopeless pit of despair that is adulthood:

On The Teleomorph, I saw links to the excellent work of 2 talented artists that caught my 3rd eye.

The art of Isaac Mills of Mugwort Designs is simply awesome. His creations are on par with other great visionary artists, like Luke Brown & the master, Alex Grey.

Check out his gallery... it's hard for me to pick favorites:

He makes unique, hypnotic collages of geometric & symbolic forms. In the one below, he utilized the ancient Flower of Life pattern. This symbol, made of equidistant interlocking circles, inspired me to create the "Da Vinci's Challenge™" strategy game. 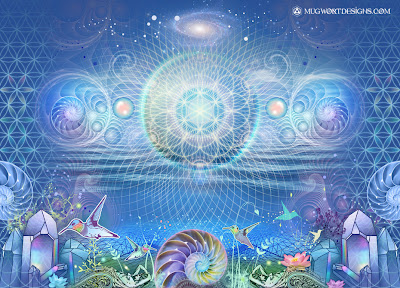 The perfect, emergent symmetry of the Flower of Life has inspired artists like ourselves since the dawn of civilization.


I also thought this techno-buddhist future totem was a wild journey from the Hell Realms to the Buddha Realms of Pure Light:

Such mind-bending illustration would be almost impossible without the infinitely versatile light canvas that we call "the computer".

On the same post I saw Mugwort's art, there was also this brilliant depiction of the lotus flower as a symbol of Spirit/Consciousness emerging from the muck of the physical world, by Julie Beloussow. 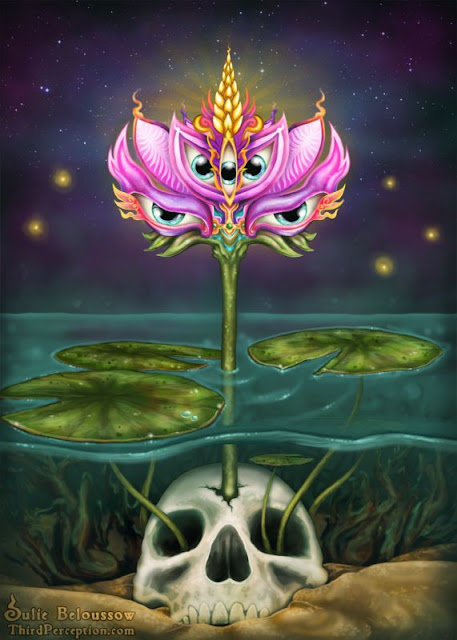 This is a beautiful transforming print, by artist Dan McCarthy, that perfectly captures the inevitability & poignancy of Life's impermanence.

It glows in the dark, so the image of the aged person & tree appears when the lights go out.

see on OMG Posters!
Posted by paul_mic at 9:49 AM No comments:

The Secret To Eternal Happiness 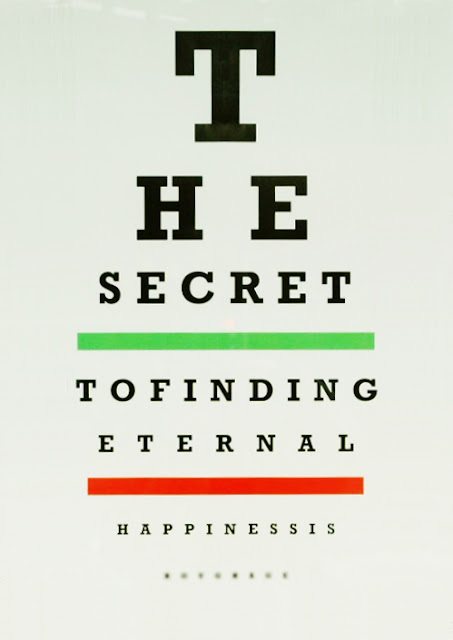 Seen on this isn't happiness
Posted by paul_mic at 12:00 PM No comments: 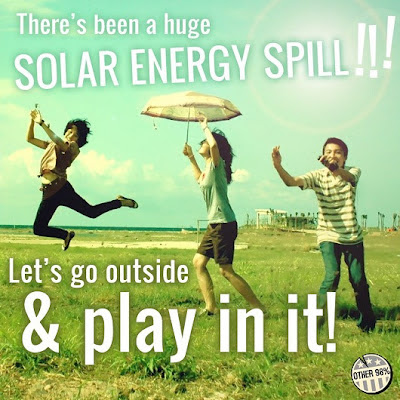 I've posted previously about the insanity of paying for electrical power when our world is awash with unlimited free energy.

One source of boundless energy is the giant nuclear furnace in the sky, our Sun.

I'll be on vacation at the Jersey shore this week, so I'll be too busy exposing myself to the 'solar energy spill' on the beach to post alot.

Although cleansing the mind of ego-driven desire is by no means this simple, below is a fun visual representation of the Buddhist perspective on the root causes that result in our emotional suffering.

Also, working to diminish the influence of the ego & the things it wants isn't a path to "Happiness". That is NOT the goal. 'Inner peace' is a more accurate consequence of this work- since 'happiness' is just another aspect of our fluctuating spectrum of emotional states. The temporary feeling of 'happiness' invariably leads to a sense of loss, once we stop feeling happy.

While working on the computer, I listened to this entire 4 hour, 9-part interview with public television legend, Fred Rogers.

He is best known for the children's TV show, "Mr. Roger's Neighborhood", which influenced generations of young American minds.

Mr. Rogers was an uncommonly kind & gentle soul. His lifelong commitment to providing young children with positive, educational programming was truly a gift to our culture.

He emphasized art, music, learning of all kinds, and nurturing healthy emotions in a child that are vital to developing a mentally sound human being, early in their life.

I watched Mr. Rogers when I was a little kid. He was an ordained minister & was almost like a childhood Zen master to me- teaching calm, compassion, and the value of an inquisitive, open mind. These are qualities that have stayed with me into my adult life.

He even testified before Congress in 1969 to save public television programming from the fiscal chopping block of the regressive conservatives of the time.

I'm glad I listened to the whole interview, as he has valuable insights & inspiring wisdom shared throughout.

His loss was a profound one for our society, but thankfully his work lives on in hundreds of episodes & this archival interview.

I saw this great image below on Picture is Unrelated, which is a great source of complete visual nonsense.

After working as a designer to create graphic order all the time, it's fun to just look at things that are totally crazy & make absolutely no sense at all. 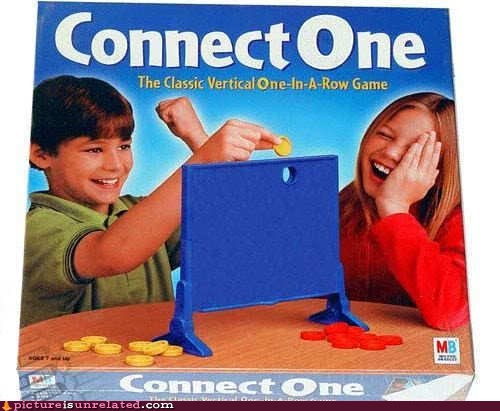 This would fall under the category of horrible, un-playable bad toys, such as my previous favorites:

Absolutely NOT fun for the whole family!
Posted by paul_mic at 8:44 PM No comments:

I saw this great set of paradoxical creations on Visual News. They are called 'Impossible Objects' by the French artist Jacques Carelman.

We take the functionality of so many tools & other items for granted, that even simple modifications can make them appear totally bizarre. 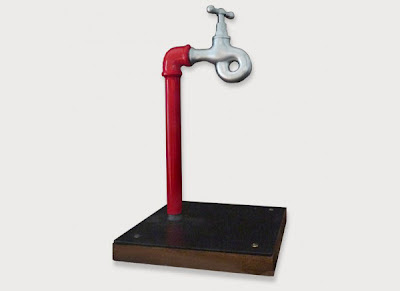 The Evolution(?) of Man

My Dad, Big Paul, has a funny outlook on technological progress.

He always insists that technology is changing us in such a way that humans are going to end up as immobile blobs, with video screens attached to their faces.

The movie Wall-E had a similar premise: 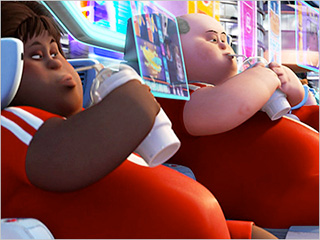 Considering that I & my siblings have iPhones that we're always on, I can see how he'd think his prediction is being vindicated.

I saw this amusing animated GIF below on Memebase & I immediately thought of my Dad's theory:

I personally think that even with future technology (like an "Apple iThink") humans will still physically function as we do now. However, our senses, perceptions, & mental abilities will be enhanced beyond limits we can currently imagine.

Maybe there will eventually be movements of people, "Naturals," who vigorously oppose the inevitable melding of man & digital machine.

One day in the farther future, however, there might be a point where, as the late, great Terence McKenna claimed, we may 'shed our monkey bodies' & enter hyperspace, no longer confined by the physical constraints of our current biological existence.

Until then... I'll just continue to enjoy the many pleasures & novel sensory experiences of this mortal, humanoid form.

(...although I would appreciate augmented memory & perceptions with multiple, parallel streams of consciousness.)

To illustrate this jump into the Singularity, below is a techno-eschatological self-portrait I submitted to the website, "Can You Draw the Internet?": 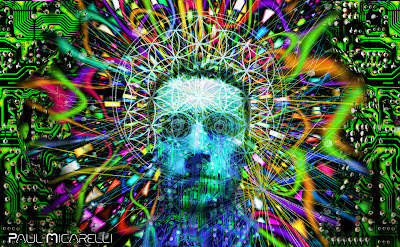 From The Monkey Buddha Visual Archive:

"A digital self-portrait
representing the mind integrating with &
transcending physical technology
through immersion into the realm of pure energy.
The Internet is the beginning of a conduit
into a non-local experience of consciousness."