The Universal Declaration of Human Rights

Ultimately ALL 'laws' & 'rights' are just figments of the collective imagination- fluid and subject to interpretation.

They serve as abstract guides in the never-ending balance between individual freedom & social order.

The Universal Declaration of Human Rights was recognized by the United Nations in 1948. It is a set of ideals that most people would agree we should strive toward.

This excellent illustration of these moral guidelines was featured on Zen Pencils:


The Universal Declaration of Human Rights

The Unlikely Threat of Buddhist Terrorism 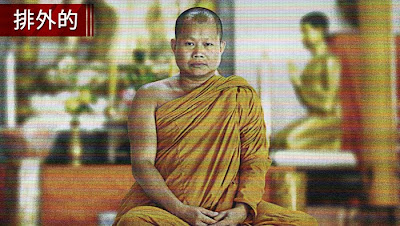 My friend posted this Onion article on Facebook & I thought it was pretty funny.

It demonstrates why there aren't many Buddhist extremist groups engaging in terrorism.

Being more of a philosophy of the mind than a religious ideology, Buddhism tends to involve giving up the the attachment to ideas & opinions which usually lead to a sense of of moral certitude.

Also, "unleashing peace & tranquility" would not be very effective at scaring people into accepting your political agenda.

This is almost as absurd as the portrayal of The Mandarin as a fake terrorist in Iron Man 3...
Posted by paul_mic at 8:11 AM No comments:

When I was a kid, I watched Sesame Street all the time. My favorite character from the show is still the grumpy green monster that lives in a trash can- Oscar the Grouch.

On this isn't happiness, I saw these funny instructions from Oscar on learning to be miserable. It's like a Grouch version of a Zen koan, a paradox or unsolvable riddle.

They are from a kid's book & record set called "How to be a Grouch". It's an entertaining look into the life of a Grouch, like Oscar. 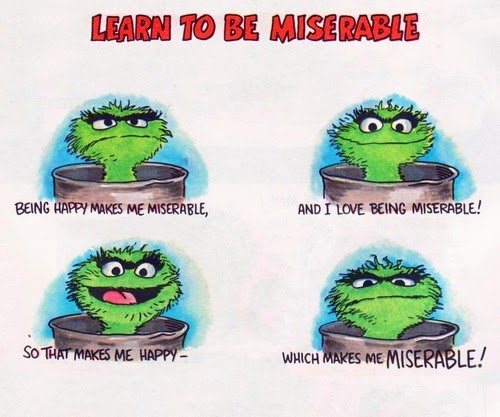 The Meaning of Life by Alan Watts

Alan Watts was one of the people responsible for bringing Eastern thought, such as Zen Buddhism, to Western culture.

His book, self-referentially titled, "The Book: On the Taboo Against Knowing Who You Are," was one that profoundly expanded my worldview when I read it in college.

Since then, I have listened to many of his lectures & talks online.

I recently found this excellent quote that really does cut to the reality of our situation.

There is NO inherent or external "meaning" or "purpose" to Life. Any significance we give to our existence comes from the judgement of our own mind. This is not a nihilistic view. It's simply a recognition of the fact that we inhabit infinity. 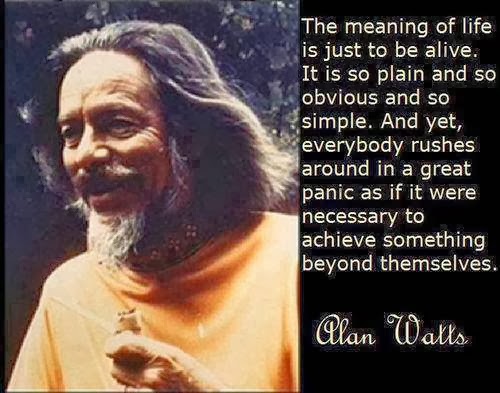 "The meaning of Life is just to be alive.
It is so plain and obvious and so simple.
And yet, everybody rushes around in a great panic
as if it were necessary to achieve something
beyond themselves."
Posted by paul_mic at 8:24 AM 1 comment:

This version of 'The 3 Wise Monkeys' has been updated for our modern media environment, including monkey bloggers-

I like this version better because I prefer the freedom to experience & observe ALL things, regardless of their perceived moral value. 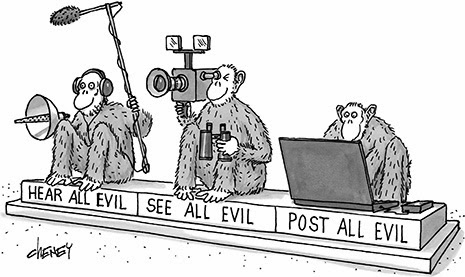 On BoingBoing, I saw this really cool set of minimalist movie posters. They all shared a common template below, which was used to convey the themes of various films. 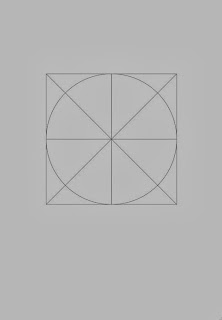 Of course, I love the Star Wars ones, but there are other great solutions to this self-imposed design problem. 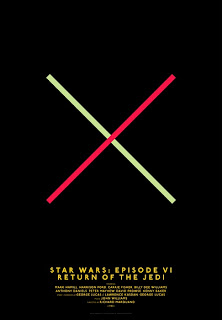 Star Wars: Return of the Jedi 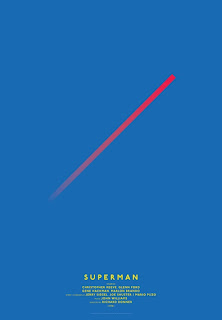 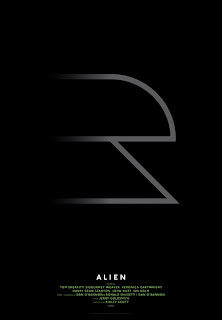 This is an observation of the similarity between the mycelia of fungi and the physical connection of brain cells.

This branching connectivity is a feature that is inherent at all scales of reality.

"Psychedelic Symbiosis"
Posted by paul_mic at 8:00 AM No comments:

I saw these paintings on BoingBoing & thought they were pretty cool.

They are paintings of dignified monkeys, dressed as aristocrats in oriental styles.

I love the gallery description: "Lindsey Carr’s exquisite watercolor and gouache paintings evoke the specter of Audubon if he had spent time in a Chinese opium den." 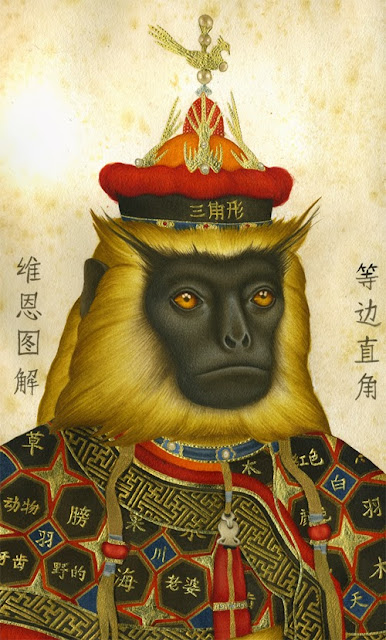 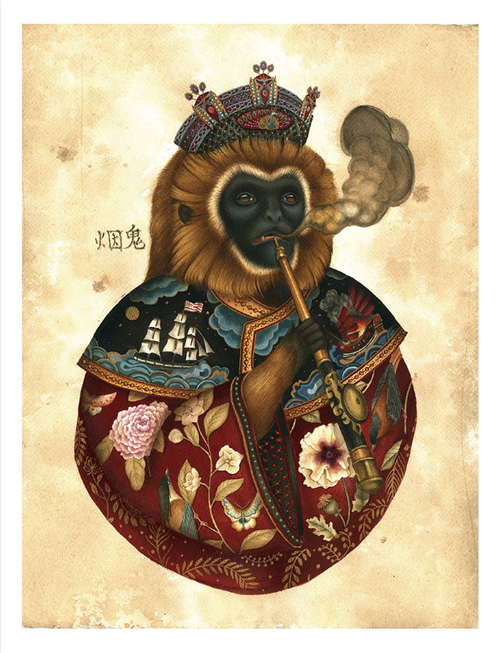 I saw this pic on The Chive & immediately had flashbacks to my grade school art classes.

As a left-hander, the unavoidable smearing from pencils & erasable ink pens drove me nuts. I eventually began placing another piece of paper under my left hand while writing.

Maybe it wouldn't have been so bad if I had seen it as a transformation into one of my favorite characters, The Silver Surfer. 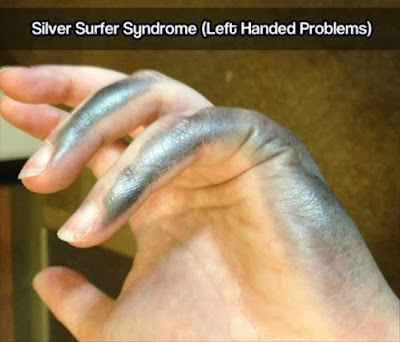 Tesla and the Secrets of the Universe

Nikola Tesla was one of the greatest minds of the 20th century, and perhaps in all of human history.

He invented A/C electricity, wireless communications, beam weapons, and countless other ideas that have still not been realized.

Tesla was far ahead of his time, but luckily his work & wisdom live on. His insights still inform the human race of the infinite possibilities within our reality, waiting to be discovered.

This is a great quote about the nature of the Universe:

"If you want to find
the secrets of the Universe,
think in terms of
energy, frequency, and vibration."
- Nikola Tesla 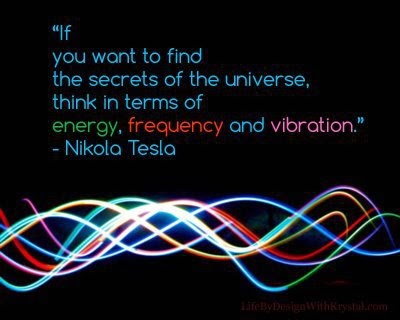 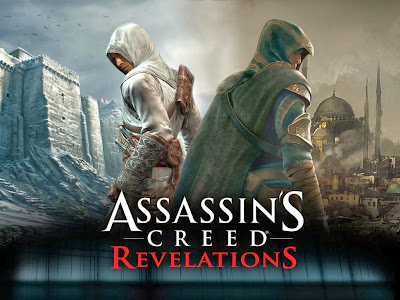 This weekend I finished "Assassin's Creed: Revelations," the fourth title in the series.

I usually prefer to play open-world games, where you are free to roam around and engage missions whenever you choose. Since I only play casually, the vast amount of content & area to explore in these games means it takes me months to finish a title. (Recently, my Playstation has been mostly a Batman & Assassin's Creed machine...)

The rich, vivid re-creations of historical cities in all the Assassin's Creed games make the virtual time-traveling well worth it. "Assassin's Creed II", & "Brotherhood", both took place in Renaissance Rome, following the adventures of the Italian assassin Ezio Auditore. "Revelations" takes Ezio to Constantinople, the city in modern-day Turkey that was the center of the Byzantine empire. It was also a Roman & Ottoman capital at different times- a cosmopolitan city where Eastern & Western culture intermingled.


The Eastern influences in the Byzantine architecture, clothing, & decoration in the city are an interesting change from the styles seen in the Italian cities in "AC II" & "Brotherhood". The amazing level of detail in the cities are probably the thing I enjoy the most about these games. They are the closest thing we currently have to experiencing what the world was like back then. The talent & vision of the teams who create these virtual environments is truly impressive. As I've said in other game reviews, I spend alot of time just roaming around & observing the many details in different
parts of the map. 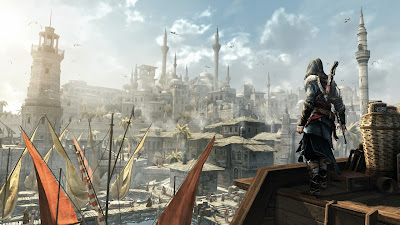 The game play is not much different from the other AC titles. Most of the missions involve stalking targets using stealth tactics, tailing people without being seen, or battling large groups of enemies. It is not repetitive enough to be boring, but there is nothing really novel in the mission objectives. Still, the story & side missions are fun overall.

There's a fair amount of platforming & environmental challenges, but not as many as previous games. The one that stands out was climbing the inside of the famous landmark the Hagia Sophia. I have a slight aversion to heights & platforming segments that simulate high areas always makes my hands sweat a little! By the time I had reached the top of the Hagia Sophia's interior, climbing across ropes & precarious ledges, my heart rate had definitely gone up.

In "Revelations", the story of Ezio is masterfully intertwined with Altaïr, the assassin from the Middle Ages who was featured in the original "Assassin's Creed". The story follows the historical struggle between two secret groups, the Assassins & the Templars. These two factions are trying to control powerful technology, in the form of relics from The First Civilization. This is a race of highly-advanced humanoid beings who existed before mankind. In fact, they originally created humans as a type of slave labor, similar to the myths of the Sumerian Annunaki.

Thousands of years ago, the genetically-engineered humans rebelled against their masters. The resulting war distracted everyone from a cosmic cataclysm, that almost wiped out both races. Afterward, they tried to come together & rebuild, but for various reasons the First Civilization ended up becoming extinct. They left behind remnants of their advanced tech & holographic avatars to guide the hybrid descendants of humans & "Ones Who Came Before". The hope is that, with enough warning, precautions can be taken to prevent another catastrophe from wiping out the planet's inhabitants yet again.

With this story as a backdrop, you are actually playing as Desmond Miles, the modern day descendant of the assassins. He has been accessing his ancestors' "genetic memories," via a virtual reality machine called The Animus. So, when you play as Ezio or Altaïr, you are really playing as Desmond virtually experiencing the lives of his ancestors. He was held captive by the Templar front company Abstergo, but is now back with his fellow Assassins as everyone is searching for technology called "Pieces of Eden".

In this game, Desmond's mind has begun to fragment, from the strain of all his virtual trips into The Animus. To prevent his mind from completely falling apart, his consciousness is stored in some deep part of the computer. It manifests in an area called "Animus Island," where he must go through several 1st-person environmental mazes. These sequences take place in minimalistic, but surrealistic dream-like architecture. Desmond's missions on Animus Island are a side aspect of the game that can be accessed from the menu at any time. 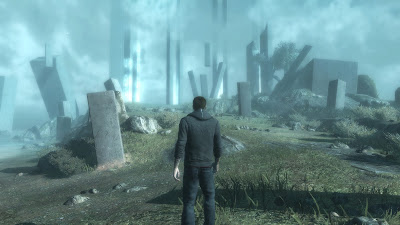 Of course, most of the action follows Ezio as he carries out missions & searches for keys that will allow him to unlock Altaïr's library, where a Piece of Eden has been hidden.

This was a very satisfying conclusion to Ezio's storyline, even if you have to wait until the end to really get some "Wow!" moments. He was a well-developed character, who was alot of fun to play. Following the many events in the lives of both Ezio & Altaïr give you a deep sense of identifying with the historical struggle of these characters to keep their secret order alive, while they were also trying to grow personally.


If you are willing to invest the time, the Assassin's Creed series is a quality production of the highest order. The visuals are stunning, gameplay is engaging, and the storyline makes you think about ideas like virtual reality, the mysteries of genetic information, and the interconnected history & future of humanity.