10-9-20
Paul Micarelli & son Paul Giuseppe take a walk and talk about interesting topics. 🤔💡👶🏻
***Please LIKE & SHARE, Thank You!***
More info at: http://www.ConsciousLivingForYOU.net
Posted by paul_mic at 10:58 AM No comments:

In the Lair of the Widow 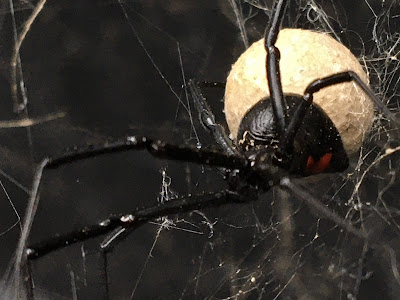 "In the Lair of the Widow"

Just in time for Halloween, I took some closeup photos & video of a Northern Black Widow that was hiding in an empty trash can. The picture above is one of my favorites I've ever taken, it's like something out of a horror movie.

I was surprised at first, but of course I had to reach into its web to get some footage.

She was desperately trying to save her egg sac, & now that I'm a parent I guess I empathized! So, I gently placed her in the woods away from our house with her eggs close by. When I told people I saved it & the potential brood, they thought I was crazy, but the spider is harmless as long as you don't threaten it. I'm not one to kill bugs anyway. They are life forms trying to survive as we are. 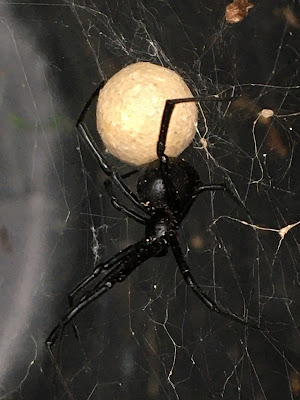 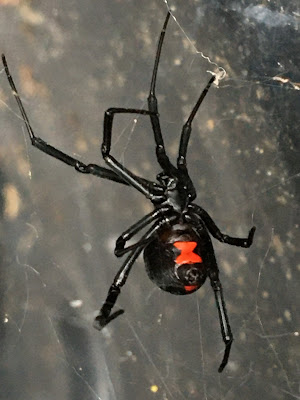 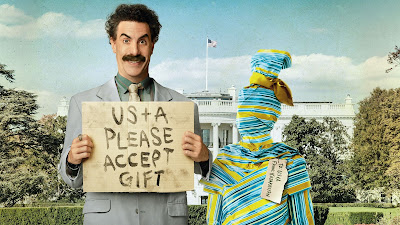 It was as bonkers as I had hoped it would be, & we were asking "WTF?!?" as much as we were laughing.

Besides poking fun at some of the ridiculous conservative elements in American society, it also shed light on the many absurd ideas and behaviors all of us humans engage in.

The premise is genius - since Borat is already recognized by Americans from the last movie, he dons various nutty disguises so actor Sacha Baron Cohen can unleash his madness on unsuspecting people. His mission from the Premier of Kazakhstan is to deliver a gift to authoritarian strongman "McDonald Trump" through his VP "Mike Penece" (Penis). At first, the gift was supposed to be a pornographic monkey, but his daughter stows away in the monkey's crate, eating the monkey & taking the place as the potential gift.

The one scene that made the news before the movie was released involved former NYC mayor, President Trump's personal attorney & fellow idiot Rudy Giuliani. In the segment, Borat's "daughter" Tutar inteviews Giuliani, who becomes creepier & creepier by the minute. He takes her back to a hotel room "for drinks", where she takes off his mic & it looks like some sexy time is about to go down. However, before things can get too risky for the actress, Borat barges in yelling, "NO! She's 15. She's too old for you!!!” LMAO

As always, conservatives are tying themselves in knots trying to justify the awful behavior of their leaders. However, the issue is not as much whether Rudy was actually going to try to engage in sexual activity with the young girl. The real issue is that he was so easily compromised and put in a questionable situation. It makes you wonder how much blackmail by foreign intelligence agencies there might be on these high-profile shit-for-brains scumbags around Trump. It's the only way to explain some of the actions and positions they take.

Anyway, the movie was insane & hysterical. When I asked my wife whether she thought it was legit humor or liberal propaganda, she said she needed time to process it because there was so much crazy shit in it. If you're a conservative you will probably see it as biased, but it really takes on many aspects of our country and the human experience.

Also, I saw this clip of a speech Sacha Baron Cohen gave that reveals some of his motivations and shed some light on why he goes after certain groups & people. He may not be entirely correct about all his views, but I think he has the better interests of humanity in mind: 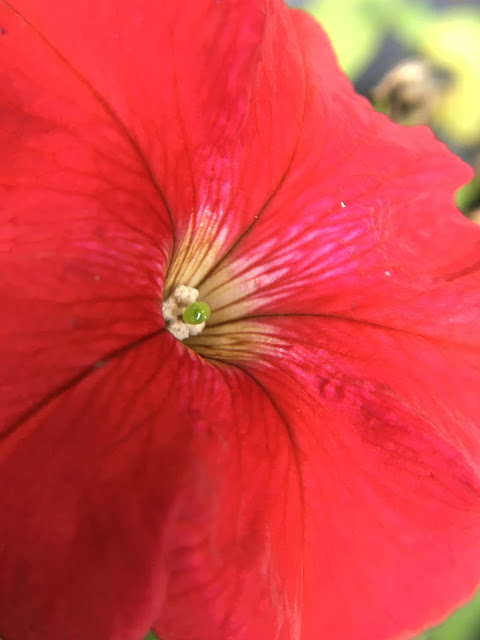 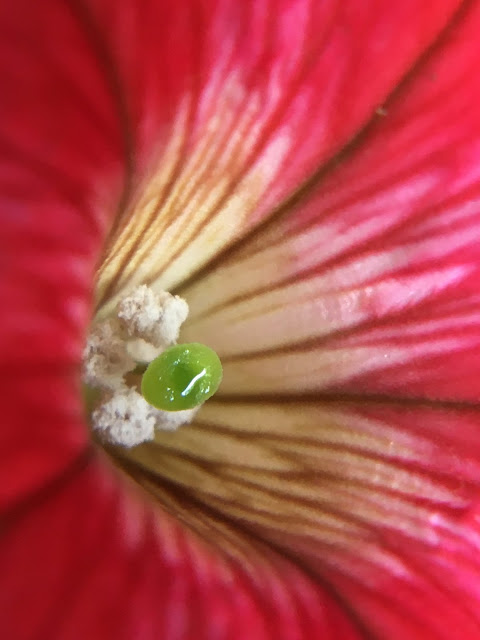 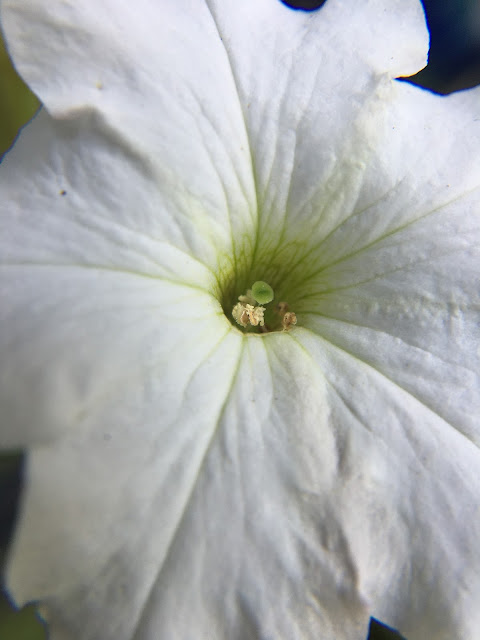 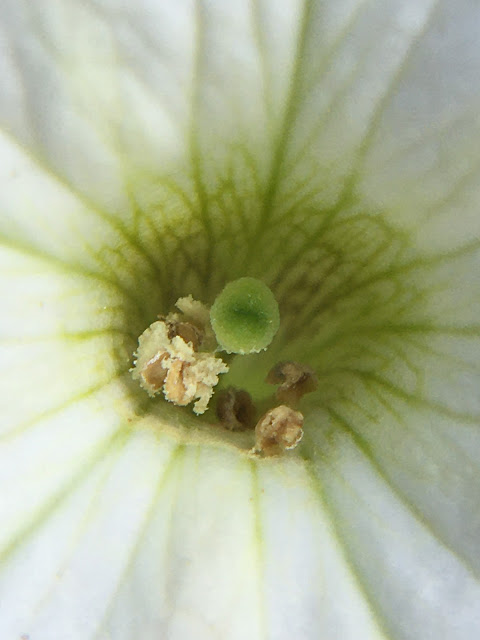 These are some closeup macro photos I took of the pistils & stamen of flowers.

Zoom into the Pillars of Creation

This awe-inspiring video from Hubble images shows the view from the Milky Way, then zooms deeper into the starfield to the Eagle Nebula & its "Pillars of Creation" which are vast columns of interstellar gas & dust.

The weird thing is that these features are so large (several light years across) and not actually that colorful, so they would be indistinguishable if a person were actually in their vicinity.

The scale of the area shown in this video is just impossible for the human mind to truly grasp. It is humbling, terrifying, and beautiful all at the same time.

Have you ever looked deeply into the eye of a walking stick bug? 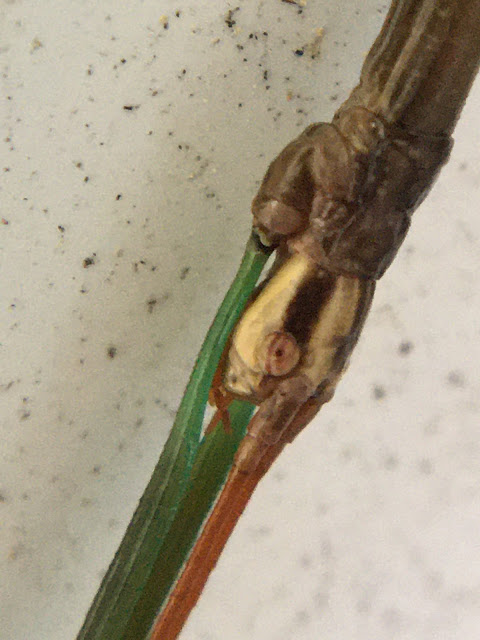 As I used my macro lens to zoom into the barely visible head of the insect, I realized there was a discernible eye on the side of it's antennae.

From this close, it really looks like a strange alien head of some sort, proving that we don't need to look to other planets to find interesting life forms.

Here is the walking stick a bit more zoomed out: 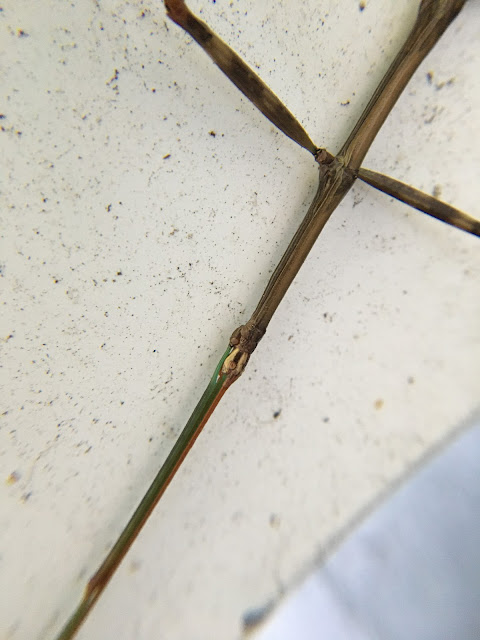