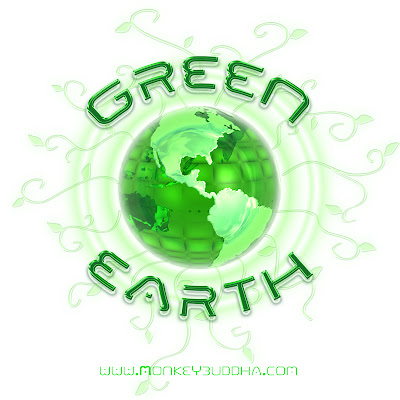 This design now available at
The Monkey Buddha Bazaar
www.cafepress/monkeybuddha

Green has always been my favorite color. One of the reasons is that it is the color of the woods, nature, and plants. I was way ahead of the current environmental movement now known, of course, as "being green".

In light of my last post about the costs of the Iraq war I thought it would be good to show how that money should be used. I've come across some very interesting green technologies that I think have the potential to change human civilization in a major way if adopted on a wide scale. Click on the links to see the articles & the great illustrations.

Plasma Waste Convertor
• I posted previously about Joseph Longo's Plasma Incinerator which I read about in Popuular Science magazine. This is a machine that is as simple in concept as it is revolutionary in function.

Popular Science: "The Prophet of Garbage"
Algae Energy Harvesting
• I saw a show about green tech on the Discovery Channel featuring this development, that is as green as it gets! By farming massive amounts of energy-collecting algae, biodeisel and other products can be created. Perhaps the engineering concepts behind this article on vertical farming could also be combined with this method of algae production.

Solar Collector Sheets
• Just like e-paper, the cheaper this nano-solar technology becomes, the closer we are to having society transformed by its benefits.

Magnetic Levitation Wind Turbine
• This is an example I'm amending to this post because it is a great example of how modern technology and insightful design can produce leaps in innovation.

$2,400,000,000,000
Unfortunately, this figure may be lower than the actual amount of taxpayer money spent on blowing up Iraq. These kind of numbers are barely comprehensible in a practical sense, so analysis like this slideshow on Boston.com can give an idea of the amount of money being dumped into the sands of the Mideast and stuffed into the pockets of corrupt officials & war profiteers.

How can anyone justify an operation that produces at least $9 billion in 'lost' funds? It's outright robbery, and Congress & the rest of our supposedly representative government is either negligent or complicit.

Fellow Americans, we must rise up!!!

I love optical illusions and visual novelty of all kinds. This illusion of a rotating ballerina kept me busy for a while. The direction which you first perceive the dancer to be spinning supposedly reflects your dominant brain hemisphere.

However, I've confirmed that you can also change the apparent direction. I did this by flicking my eyes away for an instant, by clicking the animation for a moment to freeze it, and by scrolling until only the legs the dancer was shown. The rest is up to your mind changing its perception.

I found this to be as thought-provoking as the Magic Eye images. Something that you are looking at instantly and completely changes form, direction, or context due to nothing other than a change in the perception of the individual. Click below to see the illusion:

I've been too distracted with killer robots to realize that there are other horrific things going on, like this heart-wrenching story:

"Historic Whiskey Could Go Down Drain"

In one of the endless examples of law enforcement defying common sense and good taste, Tennessee "authorities" might pour hundreds of bottles of the crazy person's liquor of choice down the drain. Some of the bottles of whiskey is over a hundred years old & as Christopher Carlsson, a spirits collector, said, "A lot of these bottles are priceless. It's like having a rare painting."
I think Kyle MAcDonald's response if the rallying cry for this travesty:

"Punish the person, not the whiskey," said an outraged Kyle MacDonald, 28, a Jack Daniel's drinker from British Columbia who promotes the whiskey on his blog. "Jack never did anything wrong, and the whiskey itself is innocent."

It's enough to make me want a shot of Jack Daniel's whiskey... 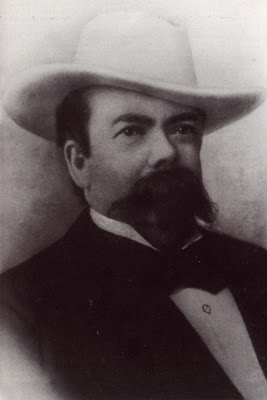 If you look close,
you can see a tear of pure whiskey on his cheek.
Posted by paul_mic at 2:58 PM No comments:

After my last post, I don't go to sleep with my mind full of tortured biomechanoid hybrid creatures... Instead I'd rather dream of the day when a (non-invasive) touchscreen Apple iTablet will make its way into my hands. The iPhone (that I refuse to switch to AT&T for & spend $400 on) is basically a ubiquitous teaser to what could be the last personal computer I ever need. I might be forced to a buy a Mac Mini soon for practical purposes, anyway, but speculation like this is slowly driving me mad...

Oh crap, I didn't even click through the link to the more detailed story on CNET with a picture that makes me want to put my hand into the screen: 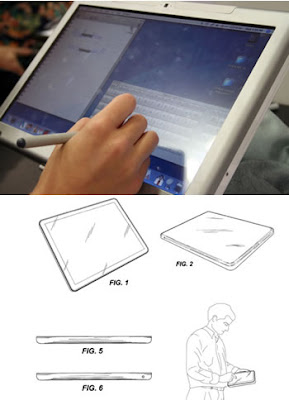 Robot Wars: Rise of the Mothbots

When I wrote the post about Britain's delayed Skynet launch, I forgot about another insane development I saw in the buildup to a possible Terminator sequel, that takes place in the real world. Recently I've been noticing news about purely robotic military developments. However, like cockroaches & monkeys, the moth is the latest biological creature to be assimilated into the silicon borg engulfing our planet. I have always had a love and curiosity for science & technology, but damn, this shit is just crazy. 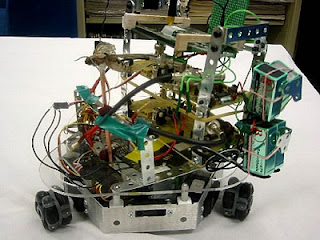 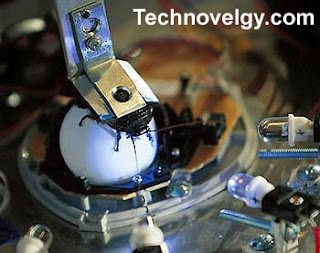 I would consider this fun virtual toy more of a Hypnotic Mandala Generator than a Snowflake Maker. Whatever it's called, it's pretty cool. Going from the 2D to 3D Rotate gives some indication of the complexities presented by our multi-dimensional existence.

It reminded me one of the great book, Flatland, where 2 dimensional beings must try to imagine the extra dimension from which a sphere was appearing and disappearing into. In only two dimensions, the sphere appeared to be a point expanding into a line and shrinking back into a point. The thought of the theoretical extra dimensions of our reality is enough to make your head spin.

"Hyperspace Oyssey"
Dr. Michio Kaku
(one of my favorite authors)

Rarely does a story cause feelings of both hope and dread, but this is one of them. I've been one of the people taking notice of the growing threat of a unstoppable cyber-army of our own creation. So, I was relieved to see on neatorama.com that the UK delayed the launch of a military communications satellite named Skynet. It was, of course, either named by British scientists with a sick, apocalyptic sense of humor or with their heads up their asses.

What I find dreadful is that this is only a singular omen of the possible "Technocalypse" that awaits us if we don't somehow start practicing better "Cybernethics". (The fact that both of those words in quotes are already used online is almost as scary, though.) 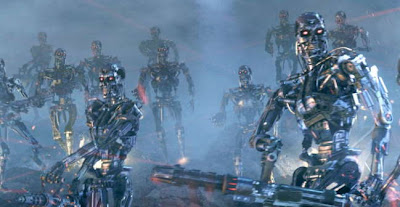 Well, I have been trying to get an online store started on Cafepress.com, and I've finally got a few designs up & the basic setup done. I added a link to the top of my list on the side of the page. Hopefully, I will be motivated to continue generating more creations if I get some shoppers through ads & word of mouth.

This blog is mainly for my own amusement & mental release, but I'd like to be able to get my art out there in a meaningful way, as well. Click below to visit "The Monkey Buddha Bazaar": 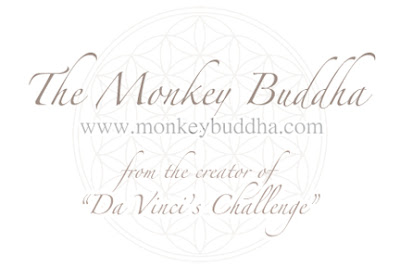 I was testing out my new Epson CX8400 scanner/printer I got on sale, so I decided to scan a simple pen & ink drawing exercise I did in college (see above). It's a progressive line drawing of the infamous mask of the Dark Lord of the Sith himself. Once I digitized it, I decided to use Adobe ImageReady to create an animated GIF (click on image below). The age of motion graphics is really only beginning...

Since my last post was about aliens & war, I had to post this wild article I came across. It turns out oil, Israel, and money aren't the only motivating factors behind the Iraq invasion...

"Researchers Suggest Iraq war was Centrally Motivated
from an Extraterrestrial-inspired Religion"
This editorial gem summarizes various other theories/stories I've seen which suggest that the land known as Ur, Uruk, Babylon, Mesopotamia, The Fertile Crescent, The Cradle of Civilization, the Garden of Eden, & now called Iraq was once an epicenter of extraterrestrial interaction with human beings. Here's a link to a much more detailed account of our mysterious alien-influenced past: The Babylonian Brotherhood.

Were the ancient sky gods, depicted in legends from around the world, some kind of beings from another world or dimension? Is the visible return of these advanced races through inter-dimensional portals in sacred areas of the world an imminent possibility? These questions are much, much too crazy for me to even pretend to answer, but I find them to be fascinating & terrifying to consider. The one thing I've learned is never rule out anything as completely impossible. It makes the world to be a much more interesting place. At the same time, though, I can never completely believe any of this kind of out-there creative speculation. I guess I'm a weird mix of skeptical pragmatist and open-minded conspiracy buff.

The Reptilians: Humanity's Historical Link to the Serpent Race 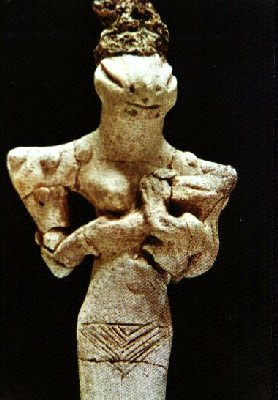