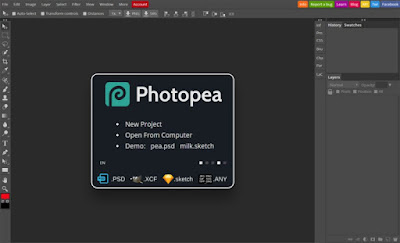 As a graphic designer, I've used Adobe products for most of my career- mainly Photoshop & Illustrator.

Almost 2 years ago, I somewhat unexpectedly got laid off from my graphic design position at a small local studio, where I had been working for over 15 years.  As I collected unemployment, I began to build up two of my own businesses: Paul Micarelli Design & Fantasy Photos.

Obviously, being on a tight budget meant that I wasn't really looking to pay the monthly subscription costs that Adobe now requires. As I was looking for open source or free alternatives for image editing software & vector graphics, I was already familiar with GIMP, which I use for my Fantasy Photos business on my laptop to do simple photo editing.

I also found Affinity Designer, which combines many of the features of both Photoshop & Illustrator into one program. There was a one-time fee to buy the software that was less than $100, so after testing it for the free trial, I purchased it. It has been my main graphic program ever since, with about 90% of the functions I need on a daily basis for my design work.

However, despite it's versatility, there are alot of editing features in Photoshop that Affinity Designer is missing. GIMP is useful, but the interface and tools can be cumbersome.

Recently on Reddit I came across a comment thread about a free online photo editor called Photopea, created by sole developer Ivan Kutskir.

I gave it a shot & it is really an awesome program. It has many of the features used in Photoshop that are either missing in Affinity Designer, or are a pain in the ass to use in GIMP. The only downside is that you need to be online to use it, but when I'm at my desk working, I'm always online anyway- so it's not that big of a deal. (After just looking at a support thread, I found out that once you load Photopea into the browser, you can actually use it offline.)

I'm not going to get into all the features, but I'm just going to say that it's the closest thing to a free version of Photoshop that I've found, and I'm starting to use it alot. I was just using it today to create animated GIF banners, which is not possible or feasible in the other programs.

If you are a designer, photo editor, or creative professional looking for a Photoshop alternative, I would highly recommend checking out this free, yet powerful, photo software.
Posted by paul_mic at 12:14 PM No comments:

The blobs of interconnected, artificial sentience bubbled through each other, to perceive the carbon-based life form in their presence... 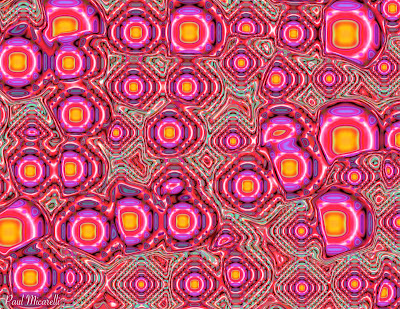 This weekend, our cat Bella got into the catnip, & things started to get a little weird...

I've never had any cats growing up, but when my wife & I moved in together she insisted that her cats (which were previously staying in the basement of her mom's house) would be coming along. I knew how much she loved them, so I couldn't say no.

Luckily, her cats Bella & Tude are pretty chill and aren't too much trouble. I've pretty much adopted them at this point, and Bella is hanging with me by my desk as I write this! I call him my "office cat" & he likes to follow me around the house, and is usually accompanying me when I'm at my computer.

Usually he's curled up in the corner of my office, under the table with my handmade Da Vinci's Challenge game.
Posted by paul_mic at 11:22 AM No comments:

The Beatles Tribute at The Vault 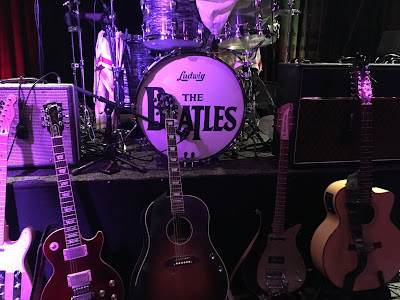 Last weekend, I went with my family to The Vault at Victor Records. It is a small club that also holds an archive of master recordings of classic music.

Talented musicians Graham Alexander, Zachary Harski, and Keith Hohing form a tribute band that plays the music of The Beatles live, faithfully recreating the sound of the studio tracks using all types of instruments and techniques.

I've been there previously to see a show featuring songs from Revolver & Rubber Soul. This time, we went to a show celebrating the 50th Anniversary of The Beatles' Abbey Road.

The band is awesome and it was as close as getting to hearing The Beatles play live as I'm ever going to get. Hearing a band play the music live gives a whole new dimension to these amazing songs, and gave me a deeper appreciation for their genius.

As a teenager, my Dad was in a band called Black and the Blues, and was highly influenced by The Beatles, so I grew up being indoctrinated with The Fab Four's music. I think any musician or person with a knowledge of music history would have to recognize the undeniable impact they had on music & the world.

If you live in or near southern New Jersey and love The Beatles, I would highly recommend coming to see one of these shows.

Here are some pics from the show: 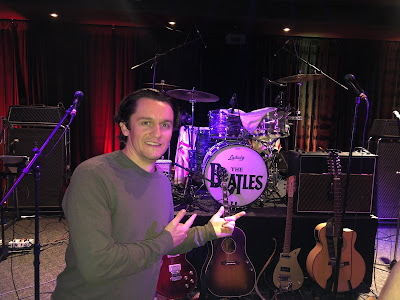 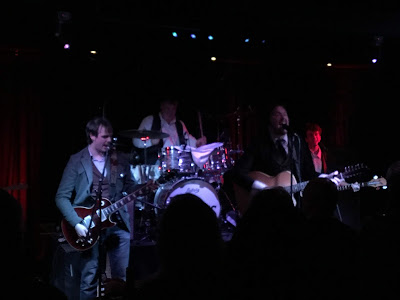 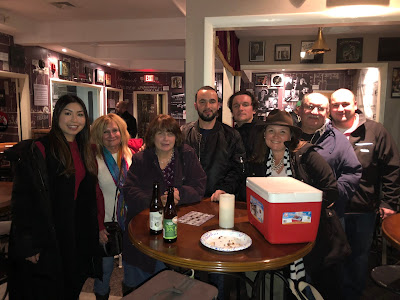 Here's a clip of the band playing "Here Comes the Sun," which is the song my wife Loretta walked down the aisle to during our wedding ceremony: