As another birthday approaches in my life's timeline, I am in ever-increasing awe of the miracle of both my existence and that of the Universe as a whole.

The older I get, and the more I learn... the less sense anything makes! As my mind opens up to the infinite nature of reality, the explanations of the world's phenomena pale in comparison to the mysteries whose surface they barely scratch.

In traveling up and down the World Tree through all levels of existence, there are wonders at every scale of dimensionality. Contemplating the processes going on at the microscopic and quantum levels really cause my mind to short-circuit.

Visualizations through computer-generated graphics have allowed us to access secrets of the Universe in ways that were previously unimaginable. Especially in the realm of molecular biology, we are now able to model details of our own anatomy on the tiniest scales that give us deeper insights into the amazing circumstances that form our being.

This video by the Walter and Eliza Hall Institute of Medical Research give us a mind-expanding glimpse into the continuous activity of DNA that is going on in every one of us, trillions of times throughout all our cells, at every moment. It's completely crazy, and the complexity of it all is incomprehensible in its totality.

Here is another high-definition animation by the institute, with more footage, but no narration. All I can say is WTF! How can you watch this and not have your jaw drop in astonishment?

As a side note, I totally believe that the accounts of crystalline, scintillating light serpents by shamans in trance states are their experiences with their consciousness being transferred down to the level of DNA. They are interfacing with their own genetic code on a molecular and perhaps sub-atomic level.

This Person Does Not Exist

As a graphic designer and Photoshop expert, I am very skeptical of any kind of imagery that I see from outside sources. I know how easily and convincingly photos can be altered.

Advancements in technology are making the ability to discern what's real vs. what's not extremely difficult, if not impossible, to the casual observer.

This website (with a succinctly descriptive name) generates composites of human faces that look authentic, but are completely fabricated from databases of existing people's facial features.


This Person Does Not Exist

This is the type of tool that could be used for any type of purpose, positive or negative. However, regardless of whether these types of AI-generated images are used, they will undoubtedly affect the social & cultural landscape in a major way.

People will begin to trust their eyes even less than they already do, especially when it comes to digital images that people are viewing online.

Here is a technical explanation of the A.I. systems used to generate these kind of images:

The crazy thing is that this is only the beginning of the field of computer-generated imagery of this type. The results of future advancements will be the source of deceptive creations like the "Deep Fake Videos" shown below, which could lead to all types of disruptive or fraudulent creations: 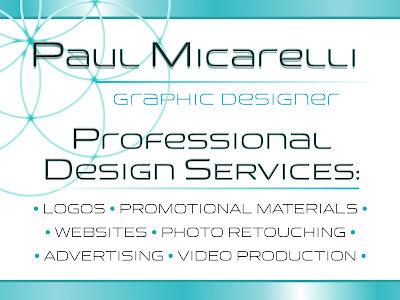 After helping many other businesses with their websites, I'm very excited to finally share the long-overdue website for my freelance graphic design service:

You can see many examples of my professional work- • Logos • Websites • Photo Retouching • Promotional Materials • Video Production... Please SHARE if you think others may be interested in my creative services.

For Christmas, my in-laws gave me this awesome lamp, and because it's monkey-themed I had to share it here.

It is a stained glass lamp, featuring a metal base with a monkey reading a book. When I first opened the gift, I was like "Okaaay, this is pretty weird... but cool!" (They know my taste very well!!!)

My wife and I now have it in our bedroom, and the stained glass gives off a nice pattern of light against the wall when it's lit in the dark. 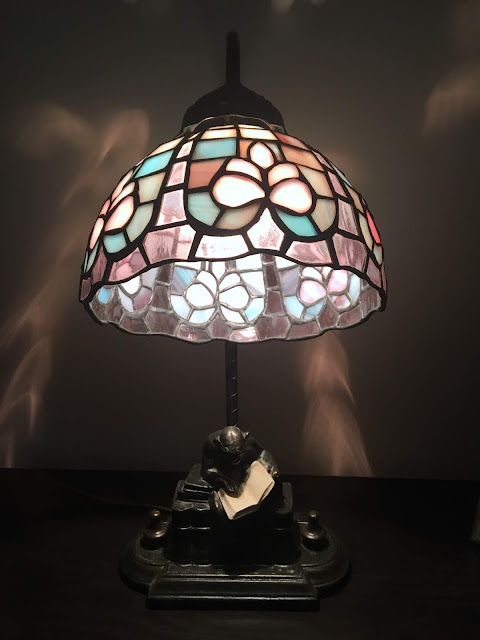 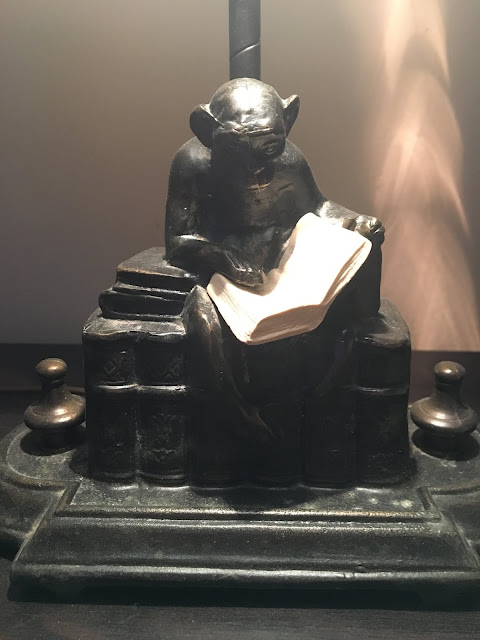 The Legend of Anakin Skywalker 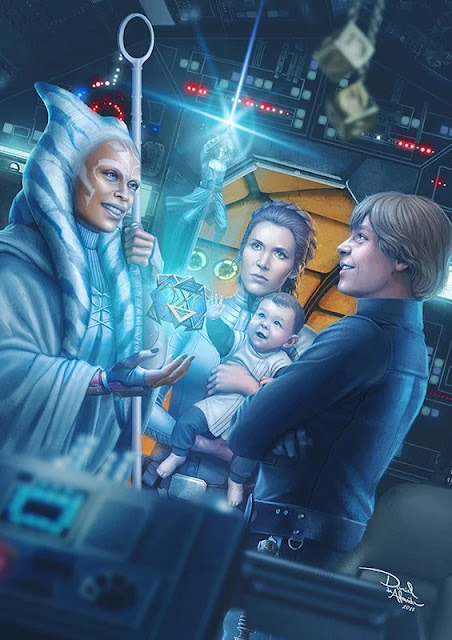 I saw this awesome piece of Star Wars fan art on r/imaginaryjedi and was blown away by it.

It shows a scene in the Millenium Falcon, where an older version of Anakin Skywalker's apprentice Ashoka Tano is activitating a Jedi holocron with the image of her former Master. Anakin's children Luke & Leia look on with different reactions to seeing the image of their father in his former glory as a Jedi knight. Leia & Han Solo's son Ben, who later becomes Kylo Ren, reaches out- already fascinated with his legendary grandfather.

This illustration alone is so thematically & emotionally immersive, that it makes the entire "The Last Jedi" movie seem relatively flat in comparison. I'm not one of the fans who thinks the sequels (Episodes 7 & 8 so far) have been a total let-down, but "The Last Jedi" especially seems lacking in the rich interconnected details of Star Wars lore. There are so many awesome possibilities for visual and situational storytelling in the Star Wars galaxy, but the sequels have been slightly-altered rehashes of the original trilogy.


The Monkey Buddha Archives:
The Droid Emperor (+ Criticism of the New Trilogy)

The sequels have been really lacking in the inclusion of Anakin Skywalker/ Darth Vader (who this entire saga is supposed to be about). Except for the scene in "The Force Awakens" where Kylo talks to Vader's helmet trying to channel his dead grandfather, there's really been no mention of Anakin at all.

I'm starting to see predictions & supposed leaks of Episode 9's details pop up online. The one thing I think is universally agreed upon by all fans is that Luke and Anakin have to figure into the plot in a major way, to wrap up the character arcs of the Skywalker Jedi.

Although I'm keeping my fingers crossed that the main Star Wars saga is concluded in a proper fashion. From what I've seen from the last 2 movies, I'm cautiously optimistic. The Star Wars Stories films were really good movies with quality fan service, so there is a chance the Disney will pull through and create a conclusion that lives up to The Skywalker Legend.