I added a macro photo of a maple seed pod (the 'helicopter' type of seed, that spins as it falls) to my album of nature pics: 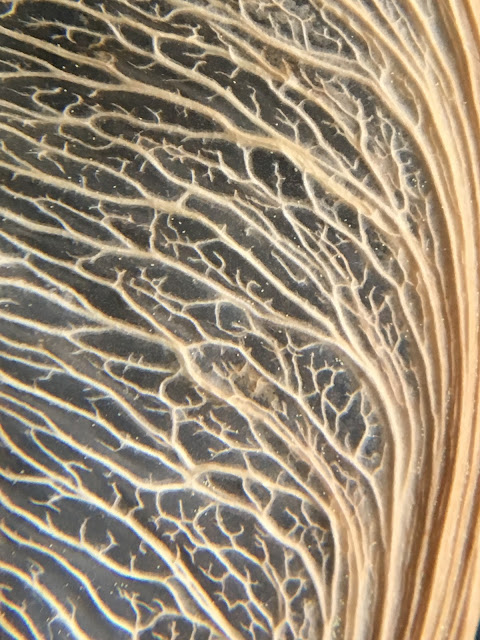 I love taking macro photography, because I can capture detail that is too detailed for the human eye to see clearly- and there is SO much detail in every aspect of the world beyond our level of perception.

Here is the zoomed-out image of the seed pod: 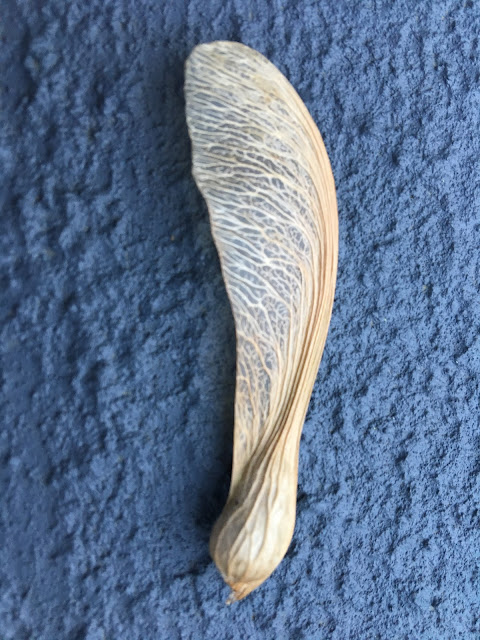 The Palace of Depression 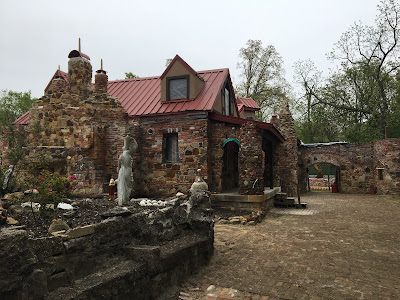 Last weekend, I visited a local historical landmark that I knew little about, but ended up learning a great deal about it during my visit.

For my photo booth business, Fantasy Photos, I have been hired again this year to provide entertainment for "Founder's Day" in Vineland, NJ. This year, the event will be held at The Palace of Depression, so I was invited to take a tour of the site and take photos to use as backdrops for my photo booth. I ended up taking a lot of pictures and I've uploaded them into this album:

This unique site was originally built by George Daynor, an Alaskan gold miner who lost his fortune in the Wall St. Crash of 1929. After traveling across the country, Daynor ended up in Vineland, NJ with only $4. He used the last of his money to buy a plot of land without even seeing the property. It turned out to be a junkyard in the middle of a swamp, much to his dismay.

Defeated and broke, Daynor climbed into an old truck body and fell asleep. That night he had a dream in which angels appeared to him and instructed him to build a "Fantastic Castle," which was the original name of the site. He worked day in & day out for years, gradually draining the swamp, dragging out the trash, and building the eclectic structure made of random masonry and junk. Eventually, he turned it into a tourist attraction and gained nationwide fame. It even appeared in a short reel before movies, in which the narrator referred to it as "The Depression Palace". Daynor began to use this name instead, probably due to the level of publicity associated with it. 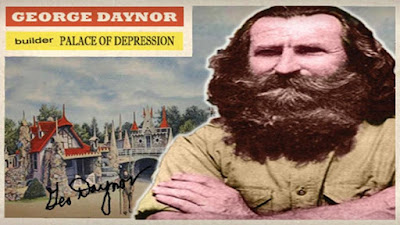 Unfortunately, Dayor perpetrated a hoax in which he claimed he had information on a couple that was being sought out by the FBI for kidnapping. After the hoax was revealed, George Daynor spent about a year in prison, during which the property was ransacked and fell into a dilapidated state. When he got out, he was too old and mentally feeble to restore the "Palace". The good thing that came out of this situation is the numerous photographs and aerial surveys that the FBI recorded as part of their investigation. These would prove invaluable to the later reconstruction efforts.

After the death of George Daynor in 1964, the site eventually fell into total disuse, and was torn down by the city of Vineland in 1969. The man who I met with on Saturday, and received a personal tour from, is Kevin J. Kirchner. He is the President of The Palace of Depression Restoration Association, and is responsible for rebuilding this local landmark to it's former glory. Kevin told me about visiting the original site as a child and being frightened by the larger-than-life George Daynor.

This has become a personal mission for him, and I was truly impressed and amazed at the effort he and other volunteers have put into restoring the structure and the grounds. They had nothing to go on except photos and excavations to uncover the original foundations of the building. It really is a fascinating place with an extraordinary story.

There are so many cool details that one can only appreciate by visiting the place and seeing in person with a guided tour.

The album I uploaded has a lot of photos that I took of the many interesting features of the site:


This is the only remaining part of the original structure, the ticket booth: 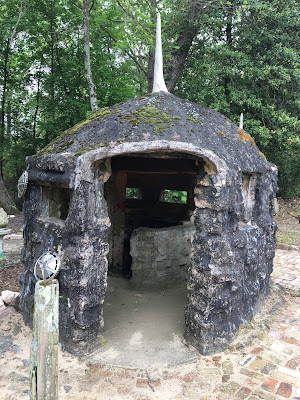 The Wishing Well, with the location of the actual original well boarded up for safety reasons: 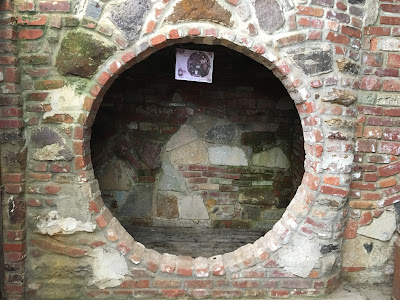 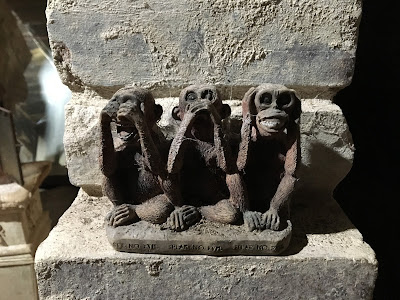 Detail of the random masonry elements 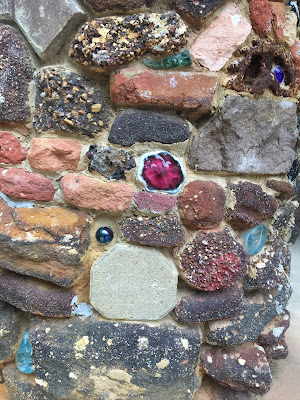 A throne-like chair in the room where Daynor would read to those gathered around him. 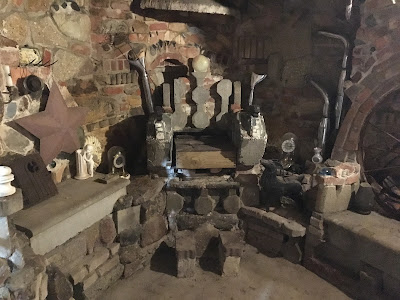 A view of the outside of The Palace of Depression,
which is still under reconstruction: 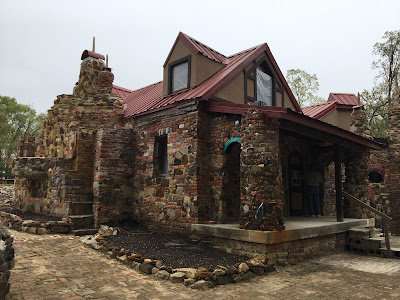