This is an amazing video that shows geometric patterns being formed by vibrating a metal plate covered with sand at different frequencies. If you turn the sound off and watch it (so the high-pitched tones don't make you crazy), it becomes like a Magical Morphing Mandala. 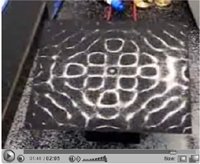 On another level, this could be seen as a experiential metaphor for the structure of reality - a flux of ? forming patterns we perceive as matter, mind, & energy.

Through Google, I found this on the website of a jewelry designer from Israel who has amazing designs and thought-provoking articles on the site:

"When we start to examine what matter is made of we get to molecules and then to atoms. Atoms are composed of particles moving around each other at great speed. When scientists searched for what these particles are made of they found various wave lengths (frequencies).

In fact, everything is made of frequencies, even the "matter" we previously mentioned."

He also has a page for the Flower of Life, the ancient pattern of circles that I studied as a design student & used to form the DaVinci's Challenge gameboard:

"The "Flower of Life" contains the patterns of creation as they emerged from the "Great Void". Everything is made from the Creator's thought."

My alma mater, Rowan University, has provided some excellent coverage of my efforts behind the Da Vinci's Challenge games.

The Spring issue of the Rowan Magazine has a feature article by Mike Shute that turned out great, with a picture of me & the games that I actually really like. (Photographer Craig Terry was kind enough to let me have some input on the choice of picture.) Here is the link to the online version of the article. It is exciting to think that Rowan Grads across the country are reading about my creation that started as a Rowan design project! 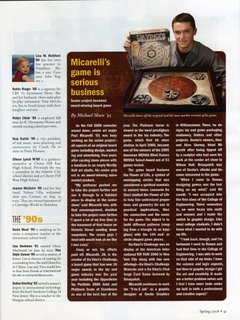 The Rowan Admissions newsletter also included an article about my experiences after graduating, along with other alumni who are "making an impact". 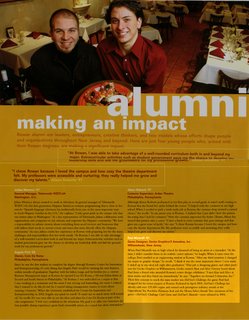 The Monkey Buddha would be wrong not to point out the wonderful The Daily Monkey website that provides nonstop monkey madness. 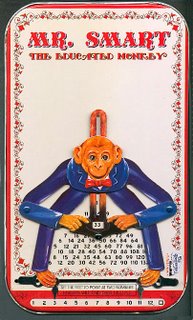 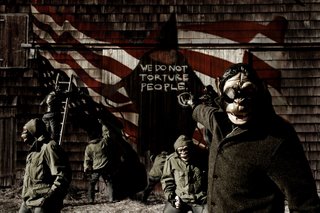 I don't know how the hell you figure these out...
These rooms are painted with designs that become 3D Optical illusions when you stand in the right spot.
Click Here
for More Rooms 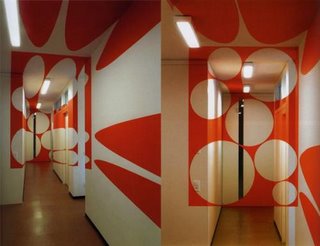 Well, since I've been ranting about political issues in the last couple posts,
I'll let some awesome pictures by Mark Bryan speak a thousand words in this one...
(click for bigger image) 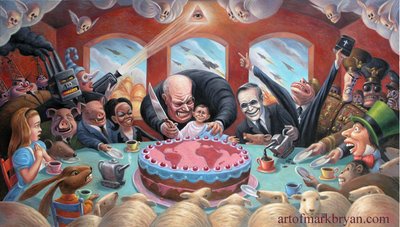 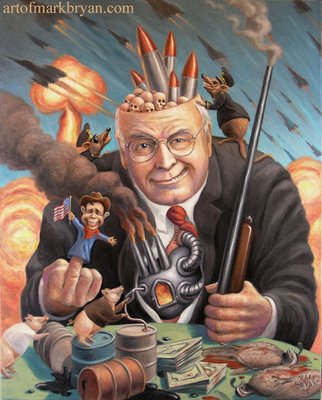 "I ain't listenin' you crazy Islamaniac!
Take your fancy letter an' shove it
where the desert sun don't shine!
Heh, heh, heh..."

What a wacko this Iranian President is!!!
Doesn't he know that our President is a stubborn jackass and can't be swayed by a letter that's way too long for him to read?!?!

Mahmoud Ahmadinejad actually wrote an 18 page letter to President War Monkey that talked about topics such as history, spirituality, and philosophy. When I first read about it, I thought, "Now there's an interesting move."

However, as Bush's right-hand hag Condi growls, the White House dismissed it, of course, as “not a serious diplomatic overture” - even though it is the first attempt at direct communication from Tehran in decades. (...not that the Iranians could possibly do anything to stop the maniacs at our helm from staying the course toward another preemptive massacre & looting.)

Of course, the news media said all kinds of stuff about the letter without actually providing more than a couple sentences of content. I read more of the actual letter HERE, and it doesn't seem any crazier than every single thing the criminals in Bush, Inc. say every goddamn day. The problem is, the patients are running the asylum in EVERY country, so the common people are stuck dealing with these elite pissing contests between corrupt degenerates and self-righteous egomaniacs.

Our foreign policy and relations have been completely compromised, yet the geniuses at the White House act like we still have any honor or credibility left to dictate how other countries should act.

What a friggin' mess.
Posted by paul_mic at 8:26 PM No comments:

Why U.S. Soldiers are in the Middle East

Where can you even start?!?

Now, I understand that having a standing army is an indespensible part of any nation. However, the privatization of our armed forces and the twisted neo-conservative ideologies of pre-emptive war and American imperialism have hijacked the U.S. military for their own delusional goals.

So let's look at some possible reasons -

• Asia Times:
"Iraq was Invaded 'to Protect Israel' - US Official"

• Whatreallyhappened.com
"Who is Congress Listening To?"

Well, isn't this idea of going to war which benefits Israel
nothing but anti-Semetic rubbish?
I'm sure the Israelis themselves will set the record straight...

If, God forbid, the last headline comes true in any shape or fashion,
the World War III that the lunatics in power so desperately want
will erupt, and our American men & women in uniform
will be trapped in the middle of Armageddon...
exactly as intended. 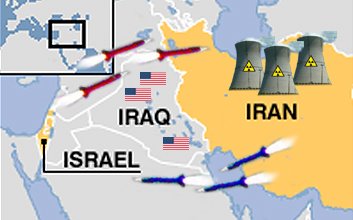 I can't make our situation in the Middle East any clearer than this!
I hope (more than anything I've ever hoped for) that I'm wrong... but the corruption, irrationality, and murderous brutality of the gangsters in both the American and Israeli governments don't allow much room for optimism. The only possible remedy for potential disaster is awareness and overwhelming opposition to the act of mass-murder for profit that we call "war."
Posted by paul_mic at 5:45 PM No comments:

Question: Can you tell what the difference is between these two pictures? 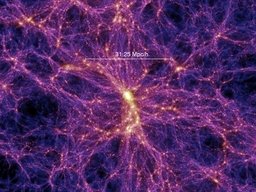 The universe is fractal, holographic, and completely incomprehensible!!!

I found the image of galaxy distribution on the webpage for the Millenium Simulation, in which supercomputers have modeled the known universe in three dimensions. Click on the link to see high-res images... they are awesome visualizations. The picture above is on the scale of 100 million light-years. And that is a relatively close zoom - The cosmic simulation has been carried out and visualized to a scale of over 5 billion light-years (see image below)!!! At this extreme resolution, the universe goes from looking like clustered galactic brain cells to resembling the quantum energy field at the smallest scales of the universe... 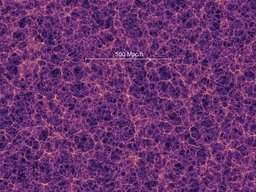 I can't help but be amazed at the vast scale and complexity these images represent. To say a human being is nothing but a speck in the universe is an understatement. There's really not much to say when confronted with ideas like this, because the vocal grunts and electrical flashes that make up our consciousness are incapable of handling it. The fact that we can ponder such things at all is perhaps due to the self-similar fractal nature of the universe and, therefore, our mind. The relationship is right there in the two pictures above.

If you really try to wrap your head around what these images mean, human activities such as science, religion, nationalism, and even the fantasy of 'the self' will eventually be revealed as abstract constructs of the human ego. The Universe is God, and vice-versa, and we are like particles within 'It' that blip in and out of existence as fast as an electron zips around a nucleus. That's not to say the human experience is worthless or meaningless - it is what it is...
and it is whatever the human experiencing it makes it out to be!

I think that if people gave more thought to the reality of the infinite scale and complexity of the universe, it would lead to more open-minded contemplation of our tiny, but unique place in the world.


•The microcosm and macrocosm are intimately connected.

"The cycle of Interdependent Origins
takes place in everything, everywhere,
in the infinitely small as in the infinitely great.
Their activity is interconnected,
and they only exist on with the other."
- The Secret Teachings of Tibetan Buddhism