As a life-long Star Wars fan, I've posted plenty about my favorite series on this blog. I've also had my share of criticism, especially for the finale of the Skywalker movie saga

My biggest of the many criticisms, that you can read at the link above, is the omission of Anakin Skywalker from the sequel trilogy.

A fan name Josh edited an excellent sequence together from the final battle between Rey & her grandpappy Palpatine. It shows what was egregiously missing from the actual movie - the spirits of the Jedi aiding Rey in defeating the Sith Lord once & for all.

My only grievance with this edit is that a legion of past Jedi weren't all shown behind Rey. I think a similar inclusion of a crowd of Jedi spirits should also have happened on Tatooine at the very end, when Luke & Leia's ghosts appear to her. They should at least have included Anakin, but no... who gives a damn about the character that the entire story was based on? Grrrrr....

This relatively simple edit by a fan shows how easily the shitshow of The Rise of Skywalker could have been made into something truly epic.

As I said in my review, & I'll repeat here, Kathleen Kennedy, JJ Abrahms, Rian Johnson, the Star Wars story group, & everyone involved in the production of these movies basically fucked it up. My optimism regarding Disney's acquisition of the franchise was definitely misplaced.

If only they had hired someone like me - with just a bit of creative vision, who actually gives a crap about the integrity of the property. Although I will watch the movies with my son & still enjoy them, I think I will be bitter about the way it was handled for the rest of my life. 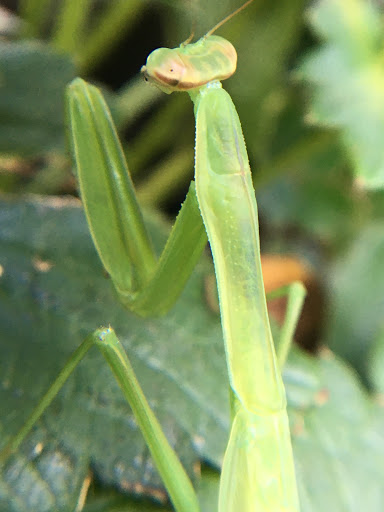 There has been a green praying mantis hanging out on the rose bush on our deck, eating any invasive insects that might have come its way.

I took some photos using a macro lens, and also some video. I saw it eating a small fly, but by the time I grabbed my lens and ran back outside, the fly was already devoured & the mantis was cleaning off it's front grabbing legs.

You can see it's tiny black pupil looking back at me. 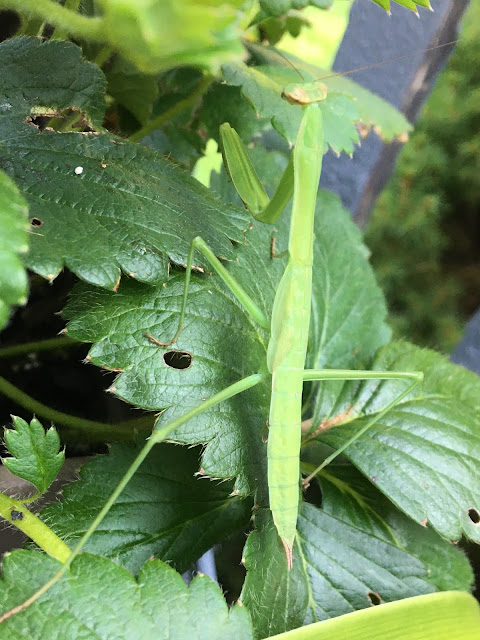 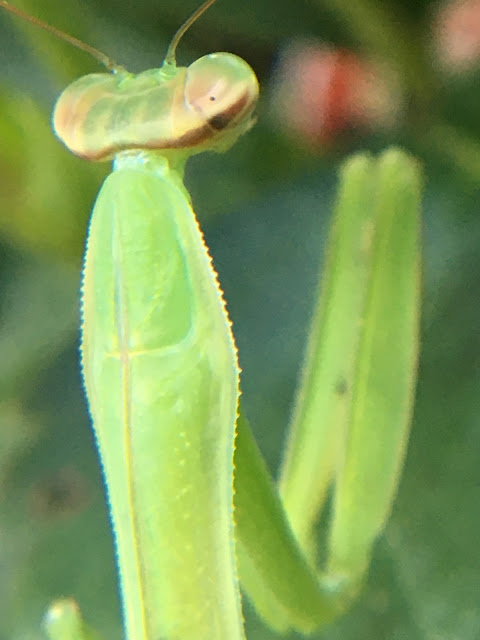 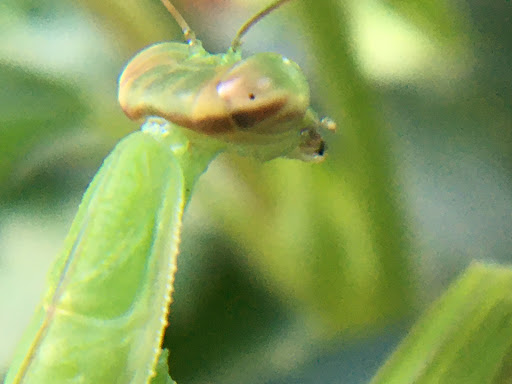 Here is a video I took right after it ate a small fly:
Posted by paul_mic at 1:57 PM No comments: 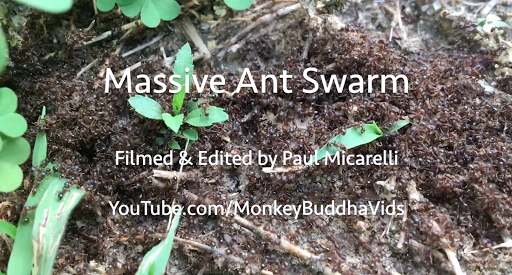 In my backyard, I noticed this massive swarm creating a superhighway of ants through the grass.

As I zoomed in, there was a writhing mass of thousands of ants crawling over each other. 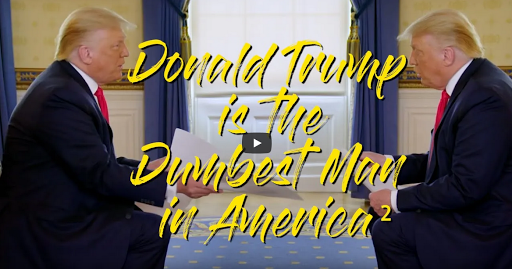 After sitting through the entire interview for Axios that Jonathan Swan had with Donald Trump, I was just overwhelmed as usual by the sheer stupidity & derangement that The President of the United States exudes.

My wife asked me several times during the interview, "Is this fucking real?" I agreed, it felt like a bad fever dream in which nothing made sense, which left only a feeling of existential dread in any rational person.

I think the camera work and video editing did a lot to give a sense of realness to Trump's presence... which naturally results in being completely surreal.

Also, Mr. Swan's ability to conduct basic journalism by following up as much as possible, & calling out Trump's inevitable torrent of bullshit, highlighted the utter foolishness of the man in one of the most important positions on Earth.

A genius named Justin T. Brown took this footage and created something truly spectacular - Trump interviewing himself, to make the impossibly crazy even crazier.

Here is the original Axios interview below. There are so many horrifyingly amazing lines throughout this interview. My brother & I had a text conversation using nothing but Trump quotes from this interview. It's absolute absurdity, and people still think this buffoon who has turned everything he touches to shit is qualified to be in any position of public leadership:

Knife & Chainsaw-Carrying Baboons on a Rampage

Now we have "Trunk Monkey," a truly inspired ad campaign by Suburban Auto Group.
In this commercial, a Trunk Monkey is unleashed on a bunch of unruly kids throwing eggs at a car. At first, I thought it was implied that the monkey ate the kid or ripped his kid's face off, but the end shows that he just made all the kids wash the car.

Another one combines my favorites - monkeys & aliens. Even advanced extraterrestrial technology is no match for brute chimp strength:

Knife & Chainsaw-Carrying Baboons on a Rampage 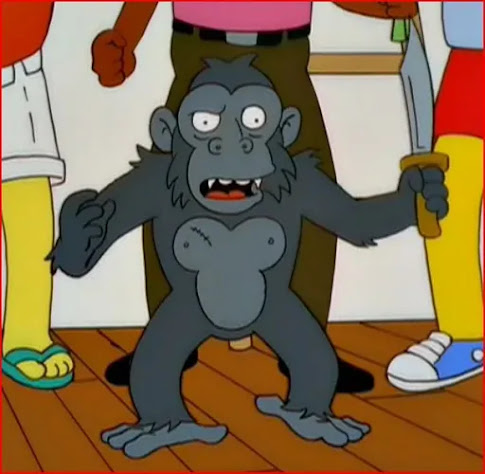 One of my former teachers who reads this blog sent me this story.
It seems like humans are not the only species sowing chaos right now!...
Yahoo News:
Baboons 'Carrying Knives and Chainsaw' Spotted in Safari Park
Of course, though, it is the humans who are the assholes, not the animals:
"But now, some staff are concerned that the baboons are being given weapons “for a laugh” by park-goers, according to the Sunday Times."
The primates are breaking into people's belongings, as they tend to do, and one reportedly got a hold of a chainsaw. I'm sure the baboon didn't rev it up & start chasing people, but it makes for a crazy headline.
Posted by paul_mic at 4:19 PM No comments: